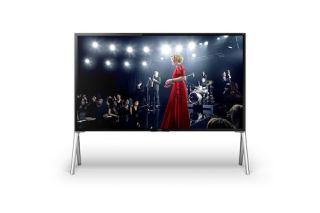 The total number of global 4K TV shipments reached 1.6 million in 2013 after nearly 1 million units were shipped during the fourth quarter alone, according to new figures.

According to NPD DisplaySearch's latest Quarterly Global TV Shipment and Forecast Report, China fuelled that growth, although shipments outside China more than doubled in Q4.

The research found that Chinese brands made up 84 per cent of all international Ultra HD shipments during 2013, as well as 80 per cent of the shipments in the fourth quarter.

For the time being, China remains the driving force behind the global 4K TV market, primarily concentrated on 39in, 50in and 55in models. Skyworth was the brand with the top share.

Outside China, however, 55in and 65in models sold by Sony, Samsung and other brands are proving popular and it is Sony – the Japanese firm – with largest share in other countries.

With overall global shipments of TVs falling by 3 per cent last year and LCD TV shipments up by just 2 per cent after a 1 per cent drop in 2012, the move to 4K is "an important one".

Paul Gagnon, director of global TV research at NPD DisplaySearch, said: "4K TV remains on an aggressive growth trajectory, but the expectations of the supply chain are extremely high.

"With panel price premiums falling rapidly and a growing chorus of non-Chinese brands pushing 4K, it is possible for retail set prices to fall quickly to improve volume, but at the expense of profits."

Gagnon added: "For TV manufacturers, the focus on profitable and growing market segments like 4K, larger screen sizes, and smart TVs is critical in the absence of global market growth."