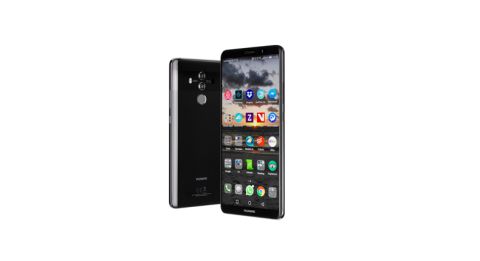 The sound quality can’t match the best, but this feature-packed flagship phone is otherwise more than satisfactory

It’s fair to say that, even for the most ardent enthusiast, smartphones are not quite as exciting as they once were. Despite packing more amazing technology into ever-thinner slithers of glass and metal, we’ve become all-too familiar with what they can do.

For most people, despite the fancy features, new phones will still perform the same tasks as old phones, just a little quicker and hopefully in better style. So ultimately it’s difficult to get excited about phones such as this one, the Huawei Mate 10 Pro.

But Huawei is no bit-part player. Apple and Samsung grab the headlines, but behind them Huawei is the world’s third-biggest smartphone manufacturer in terms of sales.

The Chinese brand is strongest on its home turf, but the company is doing its level best to spread the word.

With that in mind, it’s no surprise to see the Mate 10 Pro isn’t left wanting in terms of spec. There’s a fingerprint sensor to unlock the phone, placed – as is increasingly common – on the back, beneath the camera lens.

Or in this case ‘lenses’ – there are two lenses, one with a 20MP sensor and one with a 12MP sensor. You can opt to combine their powers or switch to monochrome mode.

There is a lot of camera customisation at your disposal here, Huawei having worked with Leica to perfect the camera.

At first glance, the phone looks and feels like any other high-end model. The buttons are down one side, leaving a clean, gorilla glass front fascia.

On the back, you’ll find that dual-camera set-up and a lightly coloured band across them. Huawei calls this the company’s ‘signature’ and it's meant to be reminiscent of the beam you see when looking directly at a light.

Edges aren’t rounded like the Samsung Galaxy Note 8, but there are no hard edges and it feels well put together. At 178g, it’s relatively light, too.

There’s a 6in OLED screen, presented in an 18:9 aspect ratio and with a slightly-better-than-Full HD 2160 x 1080 resolution. This gives the Mate 10 Pro 402ppi, which is a little lower than some flagship phones around.

The USB-C connection takes care of audio output and charging the phone, so it won’t work with any micro USB cables and plugs you might already have - and the same applies to your headphones.

Thankfully Huawei supplies a 3.5mm to USB-C adapter to bridge the gap, but it’s not as neat. If you prefer wireless headphones, the Mate 10 Pro supports both aptX HD Bluetooth and LDAC HD for wireless audio.

These are marked with an ‘SQ’ for Super Quality in the music player, as opposed to HQ for High Quality. Using a mixture of hi-res FLAC files and CD-quality streams from Tidal, the Huawei is perfectly listenable.

Feed it a decent enough standard of audio and you’ll hear breathy detail to Diana Krall’s voice on California Dreaming, tension in the crescendo of strings during Holst’s Mars, and more than enough saccharine bounce throughout Calvin Harris’ Feels.

It sounds fine, but in this age of super-powered hi-res phones, you can do better.

Switch to the Samsung Galaxy Note 8 and you’ll benefit from a step up in class. Admittedly it’s more expensive, but dynamics are noticeably improved - it makes the Huawei sound dull and subdued by comparison.

You’ll notice it most obviously when listening to classical tracks, with a broader soundstage giving more life to your music.

The Mate 10 Pro has a tendency to lose focus with more complex tracks. The Note 8 delivers an organised, detailed rendition of Kamasi Washington’s Truth, holding your attention until the last.

The Mate 10 Pro has a tendency to wander from the task in hand – and you might do the same as a result. If timing waivers, music doesn’t hold together as it should, and your brain might understandably choose to focus its attention on something a little simpler.

There’s less wrong with the Mate 10 Pro’s HDR10 display and its delivery of video. Motion is smooth, black levels are solid, details are revealed well enough.

Skin tones look a little pasty compared to recent iPhones or flagship Android models, and you can get a little more definition to edges for a sharper picture with a little more pop, but in isolation you can certainly enjoy video without too much of a worry.

You can flick between normal and vivid screen modes, and while we prefer the more natural palette of the less-exciting-sounding ‘normal’ mode, it does come with a slightly yellow hue to the colour balance, most notable in white levels.

This tint is carried over to the Mate 10 Pro’s otherwise capable camera. Capable of going down to f/1.6 for use in low-light conditions, there’s a wealth of built-in AI that will adjust the image based on what you’re shooting.

But the white balance isn’t quite right, and it delivers a slightly warmer rendition of reality. Finite detail doesn’t quite match the very best phone cameras.

Zoom-in on minute details and the Mate 10 Pro loses a little clarity but it’s not something that should bother the majority of users. The same can probably said for the myriad camera modes, which we can’t help thinking will largely lie dormant.

We expect big things from the big battery - and the Mate 10 Pro delivers.

It lasts longer than most battery-guzzling flagships on the market, with only juice specialists from the likes of Lenovo delivering longer life. Charging is a rapid affair, too, so getting caught short shouldn’t be an issue.

General use of the Android Oreo-powered interface is a fairly familiar and smooth affair.

There is some Huawei bloatware, which you may want to tuck away in hidden folders, and some software character tics won’t allow you to enjoy the full Android experience… but it’s still Android and, for the most, part is fast and stable.

There’s not a lot wrong with the Huawei Mate 10 Pro. As a flagship phone, you get the specification and performance you should expect.

Sound quality isn’t its strength, but for video performance, photos, and all the other tasks we use our phones for on a daily basis, it’s perfectly satisfactory.

Throw in the fact you’re likely to pay less for this phone than you will for other flagships, whether you buy on a contract or SIM-free, and you start to see why Huawei shifts a lot of smartphones. Exciting? Maybe not. But a good handset nonetheless.