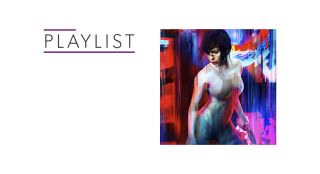 Mamoru Oshii’s manga adaptation of Ghost in the Shell is one of the most celebrated animes ever made, going on to influence countless films and video games (the Wachowskis’ The Matrix and the Deus Ex videogames to name but two).

The anime was a piece of sci-fi where action set-pieces took a backseat to philosophical quandaries and existential debates about the relationship between man and machine.

At times it could be a baffling, somewhat dense film but its lofty ideas were engaging. Now we have the Hollywood adaptation that’s sort-of-but-not-quite a remake, with lots of borrowed bits and pieces from the Shell canon.

The result is a film that’s entertaining, but not as successful in hitting its targets as the original anime.

Scarlett Johannson plays Major, whose human mind has been transferred into a synthetic body. She works for government group Section 9 which is tracking a cyber-criminal that’s killing employees of the Hanka Robotics Corporation. That's the company that created Major.

In pursuing the mysterious hacker called Kuze (Michael Pitt), Major is drawn closer to her origins. She begins to suspect not everything Hanka told her about her past is true.

Right off the bat, the 2017 Shell is a visually arresting effort. Plenty of thought and imagination has gone into a production design that resembles Hong Kong, depicting a teeming city at the intersection of human culture and robotics, where huge building-sized adverts dominate the skyline and people spend money enhancing themselves through augmentations (a new liver that doesn’t get affected by alcohol? Oh yes please).

However, it does feel like a copy of a copy. The musings on man and technology come across as old hat for a genre that arguably extends all the way back to Blade Runner.

Johansson deliberately plays Major as a blank, emotionless being that's coming to grips with her humanity (or lack thereof), making for a protagonist that’s harder to engage with than usual. There’s a sense the filmmakers struggled in articulating the character’s almost inhuman qualities – her loneliness and lack of empathy – while also trying to make her relatable.

The film charges Major with the emotional backbone of the film, but the way it goes about eliciting sympathy for Major brings up an aspect of the 2017 Shell that’s a little queasy.

The film was criticised pre-release for its perceived whitewashing (like The Great Wall) and, while you can understand the direction they went in (Major’s body is just a ‘shell’), later revelations for certain characters make it hard to defend the film against those claims. Some may not care, but the aspect of race is, we feel, mishandled.

It undermines the film’s attempts at depicting a diverse future, which is further undemined by having Caucasian actors in the majority of the lead roles despite the film taking place in what appears to be an Asian country. It’s an odd decision.

Despite this hefty misstep, Shell does entertain. There’s a bigger emphasis on action here than was in the original, as Major runs and guns her way through the plot. A memorable introduction seeing her run up walls (invoking Trinity in The Matrix) and despatch terrorists with ease. The members of Major’s very diverse team could do with more character, though, as only Pilou Asbæk and Takeshi Kitano get a bit of breathing-room.

And the film is in parts very faithful to the Shell canon, with some scenes ripped straight from the anime and lovingly recreated. But it also serves to remind you of how much it leans on the iconography of what came before.

With this incarnation of Ghost, Rupert Sanders has made stylish ode to Oshii’s original - but it lacks the substance to go with that style, often paying lip-service to complex themes of humanity.

The film is technical showcase. We want to assume the 4K is better, but the Blu-ray release is no slouch.

Visually it’s a glossy, refined image, with colours reminiscent of a watercolour painting in how translucent and luminous they are. Detail is uniformly excellent from facial detail, skin blemishes, scars and the enhancements on people’s bodies (Pitt’s Kuze looks terrific).

There’s a running idea of nature vs. synthetics throughout the film that’s apparent in costuming, where the detail is again excellent. Whether it’s Major’s body-hugging camouflage suit or the more natural-looking clothes some characters wear, the detail on offer is terrific.

Blacks hold up impressively well, though some detail is occasionally shrouded by shadows. It’s not the brightest image, but night scenes have a vibrant neon look - so a well-adjusted TV with good contrast levels is needed to get the best out of it. Apart from one iffy underwater CG shot, this is a stunning-looking film.

The Blu-ray is armed with a Dolby Atmos soundtrack, and it is superb. From the opening moments where the Clint Mansell/Lorne Balfe’s score fills the room, to panning through the cityscapes (which provide plenty of depth and customary ‘whooshing’ sounds), it’s an immersive experience. One of several highlights is Major's introduction, which makes great use of the surrounds as the broken glass ripples after she blasts in.

Positioning of effects is excellent, and the panning of sounds is absolutely terrific. The scene where Major chases after a suspect and ends in the canal sounds pretty fabulous, especially when the gunshots whizz and zip past from one side of the room to the other.

We don't find it uses the overheads too much but generated a sense of sound rising and engulfing the room, adding depth to scenes. Dialogue is clear (even when it’s distorted and sounds robotic) and pin-pointed through the centre speaker.

Ghost in the Shell is an entertaining film, with a few significant flaws that stop it from being as memorable as the original. The lack of emotionally engaging characters is an issue, the film’s attitude to race is a bigger issue, and the film's themes aren’t given the depth or complexity they warrant.

Despite that, the disc is a fantastic tester, with top notch picture and sound. Fans will not be disappointed by this offering.