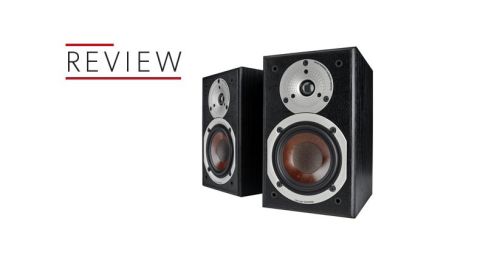 The Spektor 1s are ideal if you’re looking for small, affordable, great-sounding speakers

Our current favourite budget speakers are Dali’s Spektor 2s. £200 put their way gets you a dynamic and involving sound that puts most rivals to shame when it comes to getting to the core of the music.

But what if the Spektor 2s’ 29cm tall physique is too big, or if that price is just too much of a stretch? In either case, you might want to consider the babies of the range, these Spektor 1s, instead.

They deliver pretty much all that's good about their bigger brothers, just in a scaled-down form.

The 1s are almost toy-like. At just shy of 24cm, they’re about twice as tall as a CD case and not much wider. These speakers will fit onto all sorts of shelves and into spaces most serious hi-fi speakers wouldn’t.

We see them as an ideal partner for a micro-system or part of a starter separates set-up - or even either side of a TV.

As is the case with their big brothers, build is good for the money. The boxes are so small that rigidity almost comes as standard, while the finish is neat too.

Our review samples are wrapped in the walnut finish option, though a black ash alternative is also available. These speakers are single-wired only, which keeps things simple and clutter-free. That’s just fine with us.

That budget price doesn’t mean Dali has compromised on the drive units. The 11cm mid/bass driver uses one of the company’s distinctive wood-fibre cones, just like those in the brand’s high-end products.

Wood-fibre is claimed to offer a good balance between rigidity, low weight and self-damping.

The 21mm dome tweeter is more conventional but, even here, Dali claims to use a lighter dome than most that, combined with the shaped faceplate, better controls dispersion.

This wide dispersion is the reason Dali recommends its speakers fire straight ahead rather than be angled towards the listener. This recommendation always rings true in use.

Sensibly for something so small, these speakers sound right at home close to a rear wall. Their low frequency performance stays balanced and tuneful when used this way.

In an attempt to give these tiny speakers acceptable bass extension, the engineers have ended up with a relatively low sensitivity of just 83dB/W/m.

You’ll get reasonable volume, but don’t expect party levels from your micro-system.

We give the Spektor 1s a few days of running in before we get to serious listening. They mellow somewhat during that time, gaining a little refinement and losing a slightly hard edge.

These speakers are fun, much like their bigger siblings. They charge headlong into Radiohead’s 15 Step, delivering the hard-driving beat and rhythmic flourishes with enthusiasm.

These speakers dig up plenty of detail too, and organise them in a musically cohesive way. Subtle instrumental stands aren’t ignored, and remain easy to follow even when the production gets dense.

These are small boxes, so really deep bass isn’t on the menu. But place them close to a rear wall and there’s enough in the way of low-end power and authority to keep us satisfied.

The low frequencies are tuneful and rendered with agility, rather than grumbling on in the manner of most compact rivals.

Playing Debussy’s Clair De Lune allows the Dalis to show their sophistication. They sound precise and dynamic enough to deliver each piano stroke with the nuance it deserves.

While their sonic scale can't match their pricier brothers, the 1s do well enough to leave us concentrating on the music.

These are great all-rounders. They have the midrange skill to make the most of Beyoncé's emotional vocals on Halo, rendering them with equal doses of power and delicacy, while they’re happy to rock along to The White Stripes on Seven Nation Army.

Rarely have we come across compact budget speakers with such a broad range of talents.

If you’re looking for really small budget speakers, buy these. We can’t be much clearer than that.

Yes, the Spektor 2s deliver more in the way of authority, scale and bass reach for not much more money but, for places where they’re too big, the 1s are a tremendous option.