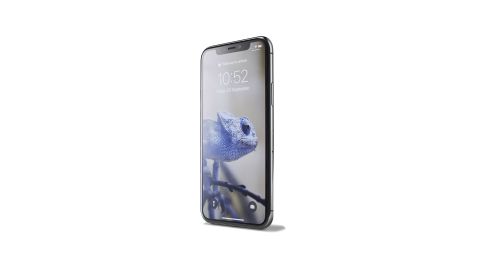 An exceptional phone with an incredible camera, but the standard iPhone 11 will make more sense for most people

We all know the drill – every September, there’s a new iPhone. This year is no exception, but there are, in fact, three new iPhones. The Apple iPhone 11 Pro, available in standard and ‘Max’ sizes, is designed to be the ultimate iPhone – until next September comes around, of course.

This year, as has been the recent trend across flagship phones, the big focus is the camera. But there are also some interesting updates to the screen, video and audio specifications. So, are these updates enough for non-snappers to justify the expense, or are they better served by the more reasonably priced iPhone 11?

The iPhone 11 Pro design is instantly familiar, looking very similar to the iPhone XS and iPhone X of previous years. In fact, it looks a lot like the last one, and the one before that, after all why change a winning formula?

The shiny metal edges curve nicely in your hand, the 5.8in screen is interrupted by the now familiar notch, and the bottom of the phone has two perforated grilles, one of which packs a speaker, while the other is there purely to keep things symmetrical.

Around the back of the new iPhone 11 Pro, there’s a new matte finish that’s both prettier and feels nicer in the hand, but what stands out most is the triple-lens camera array, which looks awkward at best and ridiculous at worst.

At the bottom of the phone is the same Lightning connector we’ve seen for the last few years, so the rumoured move to USB-C, in line with the latest iPad Pro and MacBooks, hasn’t materialised. Maybe next year when the iPhone should be due a bigger design upgrade.

The iPhone 11 Pro comes in the usual Space Grey, gold and silver finishes, plus a new and rather lovely Midnight Green. Should you wish to be more adventurous, you’ll need to opt for the standard iPhone 11, which is available in four colourful hues as well as black and white.

Like the iPhone 11 and iPhone XS, the iPhone 11 Pro is officially IP68 rated for water and dust resistance, but its waterproofing is better than before – it now can go down to a depth of four metres for up to 30mins. That may be of limited use in real life, but it’s comforting to know that it’s more likely to survive being dropped into the deep end of a swimming pool.

Under the skin is the new A13 Bionic chip, which Apple claims makes the iPhone 11 Pro not only 'the most powerful iPhone ever' but also ‘the fastest smartphone on the market’. We experienced no slowdowns during our time with the new phone, but it’s not as if the iPhone XS that it replaces is a slouch either.

However, most people will probably notice the improvement in battery life, with a fully charged iPhone 11 Pro lasting four more hours than a similarly juiced  . There are three storage sizes: 64GB, 256GB, 512GB, which means no 128GB size. That seems a little strange when 64GB is pretty small in the age of lossless audio and 4K video, especially when there continues to be no option for expandable storage via a microSD card.

The iPhone 11 Pro is the showcase for iOS 13, the latest version of Apple’s operating system. This is an evolutionary update and one that is also now available to older iPhones. The revolutionary part of the iPhone 11 Pro is undoubtedly the camera – or, more accurately, the three cameras – a ‘standard’ one, an ultra-wide option and a 2x optical zoom lens.

Open the Camera app and the standard lens will be selected by default and the standard 4:3 viewfinder appears, but the black areas to the left and right will turn opaque when the phone senses that it might be useful, indicating the extra bits of the scene that would be captured by switching to the ultra-wide lens.

It’s a useful visual aid, and the ultra-wide lens is superb in its own right. It is able to satisfy, among other things, the simple urge to capture a picture of the extended family gathered around the dinner table without needing to get out of your seat.

Apple's Portrait feature is better than ever, with a high-exposure mode to create more studio-like photos. Much of this photographic magic is enabled by the Neural Engine; the artificial intelligence within the iPhone 11 Pro. This also brings improved low-light performance, to take on Google’s Night Sight on the Pixel 3 XL, as well as other smart features. The iPhone 11 Pro will visually suggest enhancements as you shoot, such as a better angle, focus or camera mode.

We notice a small amount of judder when flipping between the different lenses, but this doesn’t spoil the experience – this is an amazing camera that assists point-and-clickers in getting better shots, and has loads of headroom for photography experts to go crazy too.

While Apple isn’t shouting about the iPhone 11 Pro’s screen, it has been quietly but usefully improved. The headline is that ‘typical’ peak brightness has increased to 800 nits from 625 nits on the iPhone XS and that the iPhone 11 Pro is now able to deploy 1200 nits with appropriate HDR content (Dolby Vision and HDR10 are both supported).

So, it comes as an initial surprise that bright spots in dark movie scenes look brighter on the iPhone XS than on the iPhone 11 Pro. We play the first sewer scene of It and the beams of torchlight are brighter on the XS. On closer inspection, it’s clear that the highlights on the 11 Pro are vastly more nuanced and detailed.

When the camera inside the tunnel looks back at the two boys in the bright entrance, the XS blows it out a little, over-exposing the background light to a bloom.

The 11 Pro, by comparison, is just a touch less bright but offers colours, shades and definition that the XS can’t match. And there’s a good deal more in the way of dark detail, with blacks slightly less dramatic but significantly more insightful. And the OLED display is still capable of going perfectly black when it needs to.

When the action switches to a scene of overwhelming brightness, the 11 Pro shows that it is capable of going brighter than its predecessor. Colours have been subtly improved, initially looking a little less vibrant but proving more nuanced and natural over time. Skin tones are particularly good – more naturally balanced, organically shaded and with more obvious freckles and blemishes.

Despite the iPhone 11 Pro having the same resolution and pixel density as the iPhone XS (2436 x 1125 and 458 ppi), the edges are crisper and better defined, making the image more three-dimensional. Motion handling is also significantly better, with the image almost entirely free of judder and blur but without any ugly over-processing.

Overall, this is an excellent device on which to watch movies and TV shows, with a cinematic level of refinement.

Refined describes the 11 Pro’s audio delivery, too, at least when listening via headphones. There’s no headphone adapter in the box, so if you want to connect a pair of wired headphones, you’ll need to budget £9 to buy one separately.

iPhones are renowned for their crisp, neutral delivery that doesn’t colour the sound in any noticeable way, but the 11 Pro adds a new level of subtlety and sophistication. Notes begin as crisply as before, but have a more nuanced and organic degradation to them.

Low-level dynamics have improved, allowing for extra drama in quieter tracks, such as Nick Cave and Warren Ellis’s The Mother. But there’s also a tonal lightness to the 11 Pro’s delivery that isn’t present on its predecessor. The XS, which sounds excellent in its own right, actually comes across as a touch sluggish by comparison.

Apple has put a lot of effort into improving the speaker performance of the 11 Pro through the introduction of spatial audio with support for Dolby Atmos. The sound is much more spacious and atmospheric than before – and louder, too – which makes for a more engaging movie or gaming experience. It’s still only a fraction of the audio quality delivered by headphones, though, and even a small budget Bluetooth speaker will improve on the integrated speakers.

There is no denying that the iPhone 11 Pro is a brilliant phone – possibly the best there has ever been. If you’re lucky enough to have the budget, we heartily recommend that you buy one, particularly if you’re a keen photographer.

But, while it’s absolutely a step up from the standard iPhone 11 in terms of picture and sound, it’s hard to justify the huge extra expense. The iPhone 11 will be the better, more sensible choice for most, but if you simply must have the best and you’re prepared to pay for it, the iPhone 11 Pro could be the one for you.