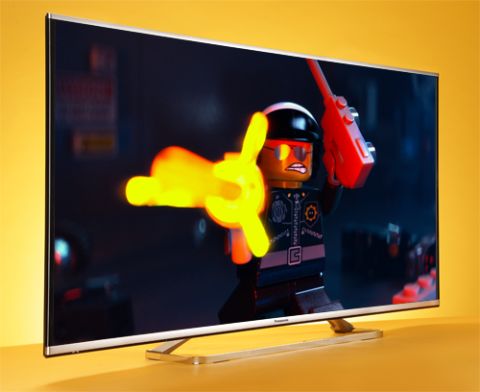 A solid start for Panasonic’s 2014 TV range, but it simply can’t compete with better-value rivals

This is our first taster of Panasonic’s 2014 Full HD TV range and revamped smart platform – and it’s fair to say we’re impressed.

The TX-47AS650B comes with plenty of expectation (Panasonic swept the 2013 TV awards board), but it rises to the challenge.

This is a slimline set for those of you who need to think of space, and it’s ergonomic too. Slim, plastic black bezels frame the sides of the TV, while the top and bottom have a more premium metal (and equally thin) border.

It seems odd to have unequal frames, but as the black sides sink into the screen, it does make the TV look wider than the 47in LG 47LB730V.

The relatively hefty 14kg TV stands on a thin, rectangular metal bar, which is easy to assemble and holds it securely.

Three HDMI (including an ARC channel) and two USB inputs share space with SCART and video component inputs on back and side panels, while there’s also an SD card slot and an optical output.

A modest-sized Panasonic logo on the bottom bezel is just about visible as we start our viewing with Only God Forgives on Blu-ray. It’s a sharp, crystal-clear picture that’s high on detail.

We’re familiar with Panasonic’s enthusiastic delivery of colour, so we weren’t surprised by this set’s rich, vibrant and eye-catching hues (even if some colours are slightly overcooked). Skin tones look unnaturally tanned, however, with faces having a golden tint.

The ‘650B screen is very impressive, although it may be a bit showy for some people’s taste. It can lack the restraint of the more balanced Samsung UE48H6400 and bringing colour levels down a few notches only makes the picture look bleached.

Low-light scenes in Only God Forgives tests the dark detail of the ‘650B and it passes with a flourish, producing insightful images that are clear and detailed. Blacks could go deeper (the suits worn by Ryan Gosling attract a slight blue tinge) but the whites of shirts are spotless.

The Panasonic handles action well, too – in a scene where a Chinese gang leader practises martial arts, quick movement and rapid swordplay are portrayed without a blip.

Put on passive 3D glasses – the set comes with two pairs – to enjoy Gravity 3D Blu-ray and (though not as crisp as the Samsung) we find a nice, bright picture that impresses with detail and clarity. Motion is stable and composed; as Sandra Bullock tumbles through space, edges keep their definition.

Overall, we’re impressed by the ‘650B’s HD performance and it’s a convincing upscaler too. Watch Homes Under the Hammer in standard def and we admire the sharpness, detail and clarity.

Again, colours are rich and eye-catching, but not entirely truthful. Cream walls look a little yellow, for example, but blacks show improvement, though.

Sound quality from the Panasonic is so-so – the TV’s 20W speakers produce an even-handed, clear sound, but it’s not one that’s particularly rich or detailed… on any of its sound modes either (Standard, Music, Ambience and User).

A soundbar should certainly be in your shopping cart if you are thinking of buying this TV.

Panasonic has made its great interface even better, and it remains one of our favourite smart hubs. Refined and responsive, its sophisticated – yet simple – design is a joy to use.

Despite sounding busy, the interface is never overcrowded due to its tidiness: everything is boxed out, annotated and clearly distinguished. Menus launch quickly and are easy to follow, and pages change easily.

The supplied remotes are both pleasing: Panasonic’s ‘smart’ remote is a small, compact tool, and we’re quite taken with it. It’s not a looker like Samsung and LG’s pebble-shaped remotes, but it’s a dream to use.

The circular touchpad at the remote’s centre is large and responsive, much preferable to the usually temperamental pointer. Buttons are coherently spread and well labelled, too. Even voice control works well.

The highlight, though, is a ‘select’ button on the back of the remote, which lies where your index finger naturally rests.

The standard Viera remote is a familiar design and we like its tall, thin body and logical layout – although it could do with a few shortcut keys to improve user experience.

The ‘650B is one of the most furnished smart offerings we’ve seen – with BBC iPlayer, 4oD and Demand 5 covering catch-up; there’s also Netflix and Wuaki.TV subscription services, as well as a web browser and YouTube.

Freetime also rolls back the TV guide so you can watch programmes that aired up to a week previously.

Panasonic has a few tricks of its own too: myStream recommends TV or internet content based on viewing habits, which worked very well during our review.

Its interface is neatly laid out in thumbnails, and you can ‘like’ programmes using a button on the remote to help the TV learn your preferences too.

Remote Sharing lets a smartphone send video memos and texts to the TV screen, which is handy for keeping in touch with family and friends.

Despite its unquestionable talents in almost every department, a £1000 price tag is a big price to pay when Sony, Philips and Samsung are offering great pictures for less money.

This added cost (and an overly rich colour palette) prevents the ‘650B claiming that fifth star.