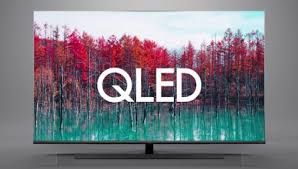 TCL’s new Roku TV models, most of which were announced at CES earlier this year, have finally got US pricing and availability details attached to them.

TCL's AiPQ Engine processing works to optimize color, contrast and clarity during 4K HDR performance, too, and to that end HDR10 support is backed by Dolby Vision compatibility.

Building on a feature found in select 2018 TCL TVs, the 8-Series utilizes iPQ Engine, allowing the TVs to algorithmically compensate for small performance variations in different sources. And in this year’s sets, owners will also be able to make further colour calibration adjustments if they so wish via a new iPQ Engine Mobile app (iOS and Android).

Built-in Roku provides owners with direct access to the streaming platform’s 5000 streaming channels through the familiar Roku OS, which supports voice control for, for example, searching and launching content and switching inputs.

The more affordable 6-Series Roku TVs, which also use premium QLED panel technology and include many of the features above, will be available this summer in a wider range of sizes, starting at under $600.

Should you buy a TCL TV?

Best Roku TVs: Should you buy one? What are the best deals?