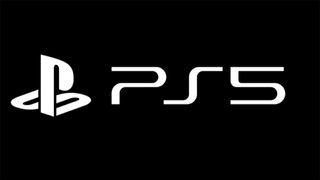 Sony has revealed a little more information about its next generation PlayStation 5 games console and seems to be shunning Dolby Atmos support.

In lieu of the planned press conference at the cancelled GDC gaming event, PS5 system lead Mark Cerny sketched the next set of PS5 specs and details over the Playstation YouTube channel in his tech-heavy Road to PS5 presentation.

When it came to the section about sound, Cerny left his audience with the distinct feeling that the PS5 would not be supporting Dolby Atmos. The PS5 will output native 3D audio using a newly-designed 'Tempest Engine' with Cerny stating that he wanted to include far more than just the 34 speakers that Atmos can manage. It also means that many more TV sound devices will be able to leverage the PS5's surround virtualisation and not just Atmos-certified ones.

The other big area of Cerny's session was around internal storage. It turns out that an SSD was the most requested feature by game developers and, as expected, that's exactly what the PS5 will deliver. According to Cerny, compared to an HDD, it offers 100x faster load speeds which means no load screens, ultra fast streaming and ultra fast boot speeds too.

In real terms, streaming is apparently so fast that a game can load all the graphics and textures behind an online player faster that the player can around.

The capacity of the internal SSD was not mentioned (perhaps because there will be multiple options), but Cerny did confirm that storage will be expandable through the addition of third-party M2 SSDs.

The catch is that they will have to fit the dedicated slot and connections of the PS5 and hit a minimum speed so as not to slow down the new PS5 games. Interestingly, Cerny says that no drives so far tested have hit Sony's minimum spec, but they are expected to do so by the end of the year, and specific recommendations will be offered post-launch.

The good news is that if you just want to add lots of storage for your existing catalogue of PS4 games, a standard external hard drive will do the job.

Cerny also confirmed that the PS5 will use 16GB GDDR6 RAM modules and that it will major on 3D audio without being restrictive in terms of the user's sound system.

In terms of processors, Cerny let on that the PS5 CPU and GPU would run at full power using variable frequencies to manage overheating. The CPU would run at up to 3.5GHz and feature eight Zen 2 cores while the GPU was based on AMD's RDNA 2 tech and go as far as 2.23GHz and 10.28 teraflops.