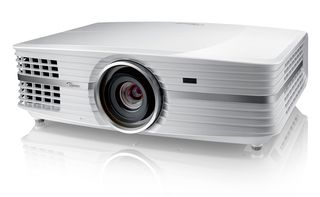 Optoma has announced its first 4K home cinema projectors. The UHD60 (pictured above) and UHD65 both pack 8.3 million pixels and include HDR and HDCP 2.2 copy protection support.

MORE: 6 of the best projectors

Other than that, they're identical, with two HDMI sockets, USB power and an eco mode that sees them operate with less than 25dB of noise.

Both have their own built-in 8W speakers, and feature Optoma's Amazing Colour technology, which includes an enhanced colour wheel and multiple modes and settings to choose from.