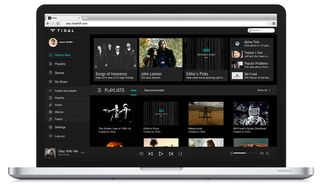 Tidal is among the most recent additions to a music streaming market that has gone from strength to strength in 2014, with the CD-quality service teaming up with a number of manufacturers since making its debut in late October.

It's been a couple of months since Songza was integrated into Google Play Music, with the US-based music streaming service having been snapped up by the tech giant during the summer in a deal worth a reported $39m.

With that came the arrival of Songza's Concierge service, which offers curated playlists designed to suit specific moods, times of day and more. And now, says TechCrunch, that service is coming to this side of Atlantic for the first time.

Californian audio brand Riva has announced the launch of its first portable Bluetooth speaker in the form of the Turbo X, which comprises three 60mm full range custom ADX drivers that offer 45 watts RMS of power.

The Turbo X's battery is also claimed to deliver more than 26 hours of playback, while it can also be controlled using the Riva Ground Control app. It's available now in the US for $350.

Before 2014, would you have ever imagined listening to the radio using a device on your wrist? Well, the emergence of smartwatches this year has helped make that a real possibility.

And now Radioplayer has announced its new app for Android smartwatches, compatible with products from companies like Samsung, LG and more. The app displays the station logo, track and programme information, and playback/volume controls.

Microsoft to sell MixRadio to Line

Microsoft has announced that it has reached an agreement to sell the MixRadio music service to Line, a mobile messaging provider. The deal is expected to be completed in early 2015.

According to Microsoft, the MixRadio team will remain based in Bristol after being bought by Line. It is also said the deal will provide the music service with "an excellent platform for expansion". Line is Japan's largest social network with over 560 million users worldwide.