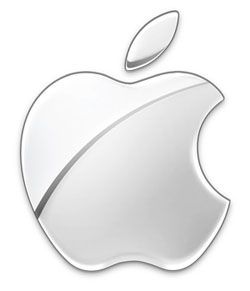 Wall Street had expected revenues of $38.8bn with sales of about 30 million iPhones, boosted by the launch of the 4S model in October, according to the Financial Times.

Sales of models including the 4S in the final quarter were up 128% on a year earlier, while Apple also sold 15.43 million iPads, a sales increase of 111%.

Tim Cook, Apple's chief executive, says Apple ended the last quarter of 2011 with a "significant backlog" for the iPhone 4S. The company says it expects to generate earnings of around $32.5bn in the current quarter.

Cook adds: "Last year was the year of the iPad for the second year in a row, so we are going to continue to innovate like crazy in this area and we think we can continue to compete with anyone."

Apple is expected to unveil an upgraded iPad 3 in the spring.

The only downside to the results was a decline of 21% in iPod sales, which fell to 15.4 million units. Apple won't be too worried by that – it's now sitting on a cash mountain of nearly $100bn.

• In a separate development, Apple has lost its appeal in a Dutch court in which it claimed Samsung's Galaxy Tab 10.1 infringed its iPad design rights.