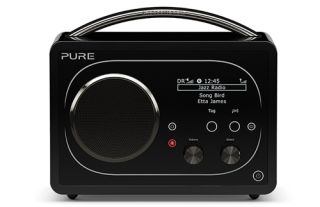 The Government has again delayed the planned switchover for digital radio in the UK. Speaking this morning at the Go Digital Conference in London, Communications Minister Ed Vaizey said: "We are not ready for radio switchover."

Mr Vaizey said he wanted to improve the digital radio service and coverage before the switchover took place. "We are putting in place the conditions to get us ready to set a date." But the Government "can't simply wave a wand and make it happen." Vaizey would not be drawn into giving a date for digital switchover at the conference.

Under the last Labour Goverment digital radio switchover was intially planned for 2015. But concerns about infrastructure costs and delays in consumers' takeup of digital radio – particularly in cars – led to a belief that switchover could be delayed until at least 2017, or even 2020.

The Government’s criteria set out for switchover still stipulate that the digital listening share in the UK must reach 50 per cent of all listening hours, that local commercial and national DAB coverage should be equal to that on FM and that there should be "significant progress on conversion of cars to digital radio".

The aim is for 50% of new cars to have DAB radio by next year. Currently 41% of new cars have DAB fitted as standard, with another 20% having it as an option.

Vaizey is not giving up on the plan however: “I absolutely believe that the future of radio in this country is digital. We cannot go backwards. The radio listener will get a much better service, and better functionality. There will be far more choice, with many more stations. The UK is at the forefront of developments in digital radio. This package of measures is intended to cement this and herald in a digital age, as and when the consumer is ready.”

Ford Ennals, chief executive of Digital Radio UK – the body in charge of switchover in the UK – added: “We will continue to plan for a radio switchover and the achievement of the criteria, and look forward to the future confirmation of a switchover date which will give industry the certainty it needs. We also welcome the Government’s announcement of the digital radio ‘tick’ mark, which means that consumers can make informed purchase decisions.”

In the third quarter of this year, 35.6 per cent of all radio listening was through digital platforms – a slight decline on the previous three months.

To boost take-up and coverage of digital radio, Ofcom says it will begin the licensing process for a second national DAB network, Digital Two (D2). And the Government, BBC and commercial radio have agreed to fund the expansion of local DAB coverage over the coming years.

And a 'digital tick' will be introduced on DAB radios to give reassurance to consumers buying a new radio.

Other significant announcements at the conference were that Frontier Silicon plans to produce a new low-cost, energy-efficient digital radio chip that will enable free-to-air DAB to be integrated into smartphones.

Meanwhile, Halfords has confirmed that it will stop selling analogue-only car radios within two years. From 2015 the retail chain will only offer digital receivers and fit them into customers' vehicles.