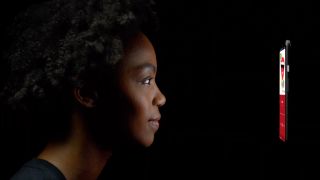 The Google Pixel 4 isn't due to launch until the autumn, but Google has gone and spilled some of the beans early.

In a recent blog post, the search giant has revealed that the upcoming handset will let you skip songs just by waving your hand. This is thanks to Soli, a motion-sensing radar technology which Google claims to have been working on for five years.

As well as skipping songs, Pixel's new 'Motion Sense' feature will let you snooze alarms and silence phone calls, all by using the relevant gesture.

However, the feature will only be available "in select Pixel countries", so we'll see exactly where when the phone launches.

The handset will also let you unlock it using facial recognition. However, Google claims its take on the feature is a little different to the likes of Face ID found on the Apple iPhone XS. The phone turns on the relevant sensors as you reach for it, so it will unlock as you raise it to your face. The result should be a much quicker and smoother process than the usual pick-up-phone, bring-to-face, swipe-to-reach-homescreen found on other smartphones.

Google also claims Face Unlock also works in any orientation, even if you're holding the phone upside down.

We'll bring you more Pixel 4 news as it breaks, including whether it will or won't have a headphone jack.