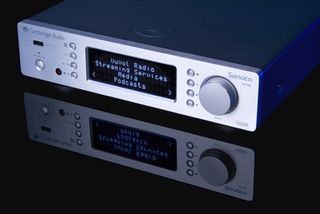 Cambridge Audio is setting up a dedicated technology hub in the city of its birth, Cambridge.

The decision follows a deal with Reciva, the digital technology company that helped Cambridge create the UuVol digital music platform for its NP30 network music player (above) and related apps.

Cambridge Audio will acquire full rights to Reciva's client source code, and three of Reciva's development team have been transferred to the new technology hub.

"Underpinning this trend, we are now developing a range of digital music platforms which answer consumers' needs, however they rip, store or stream their music collections."

We've just publsihed a full review of the Cambridge Audio NP30 network player in the August issue of What Hi-Fi? Sound and Vision, on sale now.