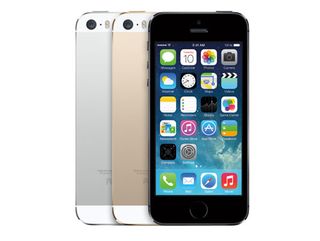 While it might look pretty similar to the iPhone 5 of last year, the iPhone 5s had had plenty of work under the hood to give it a performance boost, with the new 64-bit A7 processor promising to double the speed and graphics performance of its predecessor. And while we're not one for benchmark testing, it has certainly made the iPhone experience quicker and slicker than ever - and it was no slouch in the first place.

The screen may not be HD, but its 4in display is still a joy to watch video on, with a gorgeously natural colour palette and added detail compared to its predecessor. It places the iPhone in a rather niche category too, in a market where phone screens are getting bigger with every release. Apple has found its sweet spot - and it's sticking to it.

Sound quality is still one of the iPhone's strong points too, and the iPhone remains the best sounding smartphone on the market, with its detailed, lively and engaging way with music easily topping all the competition out there.

Of course, there's the headline new addition of the TouchID fingerprint sensor, which is a surprising joy to use. Unlocking your phone has never felt so high-tech, and you can say goodbye to pesky password inputs for your iTunes purchases too. Excellent.

Elsewhere, we love the new iOS 7 operating system, which gives the iPhone 5s a real design refresh, though let's not forget there's that new gold finish up for grabs if you're feeling really fancy.

It's not been an easy ride for the iPhone this year by any stretch of the imagination, but by innovating where it's necessary and keeping the basics right, it's managed to topple the competition, and is fully deserving of our Best Smartphone Award 2013.