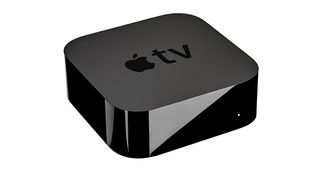 Only a fortnight ago we reported on 4K HDR labelling on iTunes movie downloads being the strongest hint yet we might see a new 4K Apple TV box.

And now we have even surer signs that a 4K- and HDR-supporting Apple TV is in the works. Signs, a little embarrassingly, from Apple itself.

The code suggests Apple won’t be going in half-heartedly with its HDR compatibility either, with support for HDR10, Dolby Vision and HLG (although unsurprisingly not Samsung’s HDR10+ format) on the cards.

We hope the crumb trail is taking us down the right path, as the Apple TV has long been lagging on the hardware front. Its rivals have powered ahead with their 4K-supporting media streamers (Google Chromecast Ultra and Amazon Fire 4K TV, we’re looking at you.)

All we want now is an official confirmation. Watch this space.