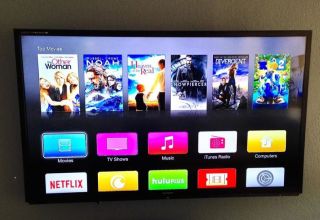 While Apple has recently released updates to iOS and OS X betas for developers to start playing around with, the Cupertino tech giant has also launched an update to its Apple TV platform - bringing with it a new look interface.

The familiar grid layout of icons remains in place, but they now have a 'flatter' look similar to iOS 7. Icons for Movies, Music, TV Shows and Computers have been refreshed, along with the font - now the same Helvetica Neue font adopted in iOS 7.

If you want to catch a glimpse of the latest Apple TV beta, it can be downloaded by registered developers from the iOS Dev Center. The refresh is expected to receive a general release later this year, at the same time as iOS 8 arrives on iPhones, iPads and iPod Touches.

MORE: iOS 8: Everything you need to know