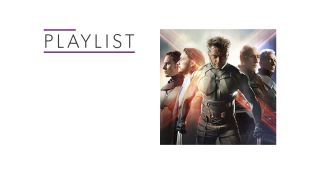 With over 150 4K Blu-ray titles released, we're looking at one of the format's earlier titles in X-Men: Days of Future Past.

Based on the 1980s comic book arc by Marvel writer Chris Claremont and artists John Byrne and Terry Austin, Days of Future Past had the tricky job of uniting the various strands left in the wake of X3: The Last Stand.

It also had to contend with a reboot in 2011's First Class, which had a younger cast, was set in a different era and had an altered tone. Bridging the two was no easy task.

But Future Past manages to not only unite these strands, but bring new, memorable characters into the fold. It ranks among the best the X-Universe has to offer, sitting alongside Logan and under franchise high-point X2: X-Men United.

The film swaps Kitty Pryde in the original story for Hugh Jackman's Wolverine, who's sent back to 1973 to stop the assasination of Dr. Bolivar Trask (Peter Dinklage), an event that kickstarts an era of oppression that threatens to wipe out mutantkind.

Much of the film's enjoyment is had by watching the new cast flesh out the roles established by the older generation, and while the action scenes aren't particularly huge, they are compelling, making good use of characters' powers and in the Pentagon sequence starring Quicksilver (Evan Peters), you have one of the franchise's most memorable and inspired moments.

There are a few issues. Jennifer Lawrence's Raven/Mystique is more a plot device than an actual character. And with a cast this big there are some, such as Omar Sy's Bishop, who don't make as big an impact.

Future Past is great fun, smartly shoring up the franchise's cracks, while setting the series on a surer path.

As we'd expect from a 4K disc, there's more detail and a better sense of sharpness. Fine detail, whether it's facial hair or the era-appropriate clothing, is more evident and brings the film's 1970s setting to life.

Colours are better composed, stronger in their intensity and more distinct. Colours on the Blu-ray tended to mesh together, especially in the backgrounds of scenes and the 4K's ability go lighter and darker, thanks to HDR, means there's more distinction between colours and variety in terms of tones.

The 4K also has better control over the intensity of colours, such as the instance when Xavier uses Cerebro. That scene holds together much better in terms of detail, shading and hue while the Blu-ray is noticeably fuzzy and indistinct.

Black performance is strong, but detail appears to be lost in blacks and shadows (such as Magneto's gloves during the finale). It's a darker image too, a trait seen in many of the first 4K releases, though that choice makes for a firmer, more solid looking picture.

We'd favour the 4K over the Blu-ray, though there are times where it doesn't outclass the Full HD version in quite the manner we'd expect.

It's a solid, if less than spectacular image, with subtle upgrades that meet the minimum expectations for what a 4K Blu-ray should be.

Future Past didn't receive a Dolby Atmos track (which is odd considering it had one in theatres), but it does get an upgrade from 5.1 to 7.1.

It's an engaging track with a nicely layered soundfield that's a hive of activity in both the front and rear speakers. It's deft at producing a sense of depth, such as the moment when Logan wakes up in the past and you can hear Roberta Flack's The First Time I Ever Saw Your Face faintly lingering in the background.

Panning, positioning and LFE levels are well-handled and dynamically it's astute – able to produce a nice sense of ambience or go big, creating an appropriate sense of scale. Magneto's 'borrowing' of the RFK Baseball stadium feels weighty, and a scene where Xavier crumbles under the pressure of using Cerebro is effective at creating a sea of voices but still remaining crystal clear.

As a superhero film, and one with a range of powers associated with each character, it's vibrant in the sounds it conjures up. There's plenty of variety, whether it's the comedic zip of Quicksilver's movement or the recognisable Snikt! sound of Wolverine's claws. There's always a sound that grabs your interest and keeps you immersed in this world. This is an excellent soundtrack that works well within the film.

Days of Future Past is a cracking entry into the X-Men canon, but the 4K disc leaves us unimpressed.

While there are improvements, this isn't the big jump we'd have expected from Full HD to 4K. A satisfactory if unremarkable picture.

The 7.1 DTS-HD MA soundtrack puts in a bustling, energetic performance, though it would have been nice to have a Dolby Atmos track.

If you enjoy the film we'd say buy it. It's the best it has looked outside of the cinema, and offers a more accurate picture than an upscale of the Blu-ray disc on a 4K TV would.

For those looking to add to their collection, it's a decent, but not necessarily a must-have title.