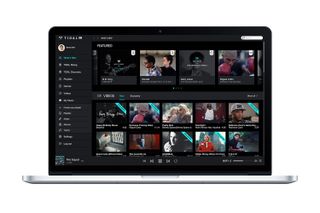 Most of us have changed the way we consume music, swapping physical formats such as CDs for streaming services such as Spotify and Tidal.

Instead of "owning" music – either physical or digital – we're now content to pay a monthly subscription fee to access music in the cloud, allowing us to play any song  – without actually buying it.

In the last decade, sales of music CDs in dropped by 80 percent in the US alone, while the popularity of music streaming has rocketed. It's now the industry’s fastest-growing revenue source, with an estimated 68 million people worldwide paying for a music subscription service.

Music streaming is big business and there are number of services vying for your attention (not to mention your wallet).

Spotify launched over a decade ago and is now one of the biggest subscribed-to services in the world. But it's dominance is increasingly under threat and rivals fight for a piece of its pie. Spotify's competitors now include: Apple Music, Deezer, Napster, Google Play Music and Amazon Music Unlimited.

Tidal has also made a huge name for itself by focusing on superior sound quality including CD-quality lossless streaming and hi-res FLAC-based audio files. It even has a dedicated MQA (Master Quality Authenticated) Masters section of hi-res tracks.

Torn between Spotify and Tidal? Read on and we'll compare these two streaming services to help you decide which is best.

If you're on a tight budget, go for Spotify. It offers a free subscription plan supported by some (fairly annoying) adverts. Audio quality is limited to a maximum of 160kbps and you can only skip a track six times per hour on mobile devices. Still, it's free.

Step up to Spotify's £10 a month Premium subscription plan and the audio quality shoots up to 320kbps. You also get ad-free music, unlimited search and skip, plus the option to listen offline.

There's also a Premium Family subscription for the discounted price of £15 per month. It covers up to six users (everyone has to live at the same address) and includes parental controls.

Unlike Spotify, Tidal doesn't off a a free, ad-supported subscription plan – only a free 30 day trial.

The cheapest plan - Tidal Premium – will set you back £10 a month. It's ad-free and streams music at 320kbps.

Alternatively, you can pony up £20 a month for a subscription to Tidal HiFi. This provides access to vast majority of Tidal's library in lossless CD quality, plus over 25,000 hi-res tracks (typically 24-bit/96kHz), called "Tidal Masters".

Like Spotify, Tidal allows you to download listen to music offline. Tidal Premium Family costs £15 a month, while audiophiles can sign up to Tidal HiFi Family for £25 a month. But while Spotify Family covers up to six users, Tidal Family only covers five.

Given that Spotify launched six years before Tidal, you'd think it would have the bigger music library. Not so. While Spotify offers around 35 million songs, Tidal users can take their pick from over 40 million tracks.

Spotify has also come in conflict with musicians over royalties and the existence of its free tier. Taylor Swift pulled her entire catalogue from Spotify in 2014 over "tiny royalty payments", though she's since made up with the Swedish firm (there's no more Bad Blood and Swift is back on Spotify).

Tidal says it's "artist owned" and claims to pay the highest percentage of royalties to songwriters in the streaming market. Jay-Z's investment in Tidal has seen some of his albums, including The Blueprint, appear exclusively there – along with Beyonce's Lemonade and Rhianna's Anti albums.

Spotify, meanwhile, says it doesn't want to limit non-Spotify users users by locking big artists into exclusive deals. Either way, all music streaming services will have some gaps in their library – it's best to check before you sign up.

Both services are available on a number of platforms: there’s desktop support for PC and Mac, plus Android and iOS apps. Both Spotify and Tidal support Google Chromecast and Apple AirPlay, making it easier to fire your tunes around the home.

Spotify has the considerable benefit of Spotify Connect, which lets premium subscribers stream directly to speakers, TVs or systems. It’s become a familiar feature in many hi-fi and AV products – including Sonos speakers – and is a big draw for those interested in bringing streaming into their existing system.

Tidal’s availability is on the rise too. As well as being accessible via apps and a web player (HiFi subscribers will need Chrome for lossless sound), it has expanded into Apple and Android TV apps, and Apple CarPlay.

Just as Tidal distinguishes itself from rivals by offering hi-res audio, Spotify's USP is music recommendation.

Its hugely popular "Discover Weekly" feature uses AI and machine learning to generate a playlist of 30 songs that are relevant to your listening habits. It's impressively accurate.

On Fridays, Spotify sends out a two-hour "Release Radar" playlist containing brand-new music and remixes. The more you listen, the better the recommendations match your tastes.

Factor in the new mobile-only "Daily Mix" (five genre-specific playlists) and it's fair to say that Spotify rules the roost when it music discovery.

Tidal's music discovery features are impressive but not as sophisticated as Spotify's. The "What’s New" section holds curated content such as albums, playlists, videos and podcasts, while "Tidal Rising" promotes interesting up-and-coming artists.

There are plenty of other playlists, categorised according to your mood, plus hi-res Masters playlists covering new arrivals and genres (e.g. Tidal Masters: Motown).

Tidal does have a slight edge when it comes to Full HD video, with over 250,000 to browse including music videos, interviews and behind-the-scenes footage. Spotify is expanding it's video offering too, with TV clips and the odd mini documentary.

Both Spotify Premium and Tidal Premium offer streaming at a data rate of 320kbps (CD quality). That said, we found that Tidal streams offered a more spacious soundstage and sounded that little bit more engaging.

Tidal also offers the option to listen to tracks in better-than-CD-quality. The audiophile-friendly Tidal Hi-Fi plan grants access to over 25,000 Tidal Master tracks (such as Fleetwood Mac’s remastered Tusk) in the form of hi-res MQA streams.

You can identify Tidal Masters by the tiny little "M" icon next the title. They deliver guaranteed master-quality recording directly from the master source, thus providing the audio experience that the artist originally intended.

Until fairly recently, Tidal Masters were only available via the service's desktop app but Masters are now available on all Android smartphones.

Spotify is the most recognisable name in music streaming and offer free (ad-supported) access to millions of songs and recommendations. If you love discovering new music, or simply want the best all-rounder, hooking up with Spotify will make you happy.

However, those who value audio quality are best off with Tidal. Stretch to the £20 a month HiFi tier if you can – it's fantastic destination for those who want to listen to lossless and hi-res files.