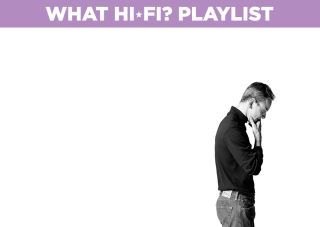 Much was made of the failure of Danny Boyle's biopic about Steve Jobs at the box office and the awards circuit at the tail end of 2015. Just how did it fail?

It had an enviable pedigree in an award-winning director Boyle (who stepped in after David Fincher dropped out) and an Aaron Sorkin script, which forms an unofficial double act with the The Social Network, his Oscar-winning script about the beginnings of Facebook.

And yet, unlike the launch of an Apple product, the film failed to take off.

But it wasn't for lack of trying.

Sorkin's approach to examining Jobs' life is a novel one, partially based on the fascinating (and disputed) Isaac Jacobson biography. It eschews the cradle-to-grave chronology, instead splitting the film into three segments. Each one covers a key product launch across Jobs' career - the Apple Lisa, the NeXT computer and the iMac - providing insights into his relationships with those closest to him.

And it works for the most part. Boyle tones down his eclectic style and provides a solid foundation for Sorkin's witty dialogue. Sorkin can't resist embellishing some moments (there are several trademark walk and talks), although confining the action to the backstage of product reveals makes it feel small in scope, more theatrical than cinematic.

Even with Boyle adding a dash of flair with projected words and images, the film is a chamber piece with hyper intelligent, very gifted characters. Sorkin's direct approach is to be appreciated, but he sometimes has a tendency to be heavy handed, blunt and lacking a little subtlety. Who would bring up a person's adoption as a topic of discussion just seconds before they go on stage? If you can't stand Sorkin's tics, Jobs is unlikely to win you over.

Despite not sounding or looking much like Jobs Fassbender excels - he is highly convincing as a man ruthlessly searching for perfection and not above leaving a trail of bodies in his wake. He's a bully, a frustrated artist and an egotist - a visionary who can be intense in one moment and playful the next, and Fassbender plays this characterisation terrifically.

Winslet is also good in a less showy role as Jobs' long suffering "work wife". Strangely her Polish accent gets stronger with each passing minute. She's a dependable presence, perhaps even the film's soul, constantly sandpapering over Jobs' rough edges. Rogen is surprisingly good as an optimistic but browbeaten Wozniak, either praising Jobs or at loggerheads with him.

At the film's centre is Jobs' relationship with the daughter he refused to acknowledge. His mistreatment of both Lisa and her mother represents his lack of empathy for - and lack of responsibility towards - others, and the film doesn't shy away from these unappealing traits. It's a redemptive arc that'll have some rolling their eyes, but it does make him seem more human, even if it feels a little schmaltzy at times.

The final 1998 section was shot digitally and is dominated by grey and white hues. It's starker and less expressive, but perhaps in tune with Jobs' own aesthetic.

When it comes to audio it's a similar execution. The film starts with an electronic score, followed by a more operatic one, which is then succeeded by a more subdued soundtrack. Despite that shift, Jobs is not a film that gives the rear or side channels a workout. Dialogue – and there's a lot of it – is key, and the DTS-HD Master Audio 5.1 mix is clear in this respect. Even when actors talk over each other, there's little confusion as to what's being said.

Steve Jobs begins with a clip of Arthur C. Clarke effusing about the future of the computer and it's one that Jobs helped bring about. Boyle's film isn't too reverential, depicting a maverick with significant character flaws. Jobs was a man who had more faith in his products than he did people, his reality distortion field extending to himself as he realises late on he's "poorly made".

In typical Sorkin style it takes a lot of liberties about what really happened, favouring dramatics over the truth. Nevertheless the film didn't deserve the fate it received, as it's an entertaining, funny and smartly told biopic.

Whether you liked him or not, Steve Jobs is a fascinating look at a man who shaped the lives of many. If you didn't catch it in the cinema, there are few reasons not to give it a go on Blu-ray.