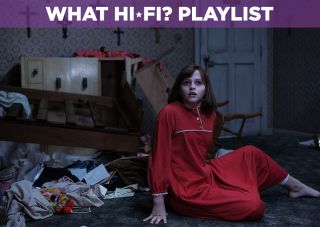 The Conjuring 2, the sequel to 2013's The Conjuring and third instalment in the franchise, is one of the most satisfying horror films we have seen in a while.

For all its otherworldly possession, furniture-throwing and, most horrifying of all, supernaturally changing the television channel to show a speech by Margaret Thatcher, there’s an underlying sense of realism that makes its ‘based on a true story’ badge meaningful.

It's 1977, and a ghostly deceased resident is tormenting the north London house belonging to the Hodgson family. The haunting eventually gains media attention, and a local priest contacts famous demonologists Ed and Lorraine Warren (played by Patrick Wilson and Vera Farmiga, respectively) to assist in the case.

What’s satisfying about The Conjuring 2 is that even in the midst of the various supernatural incidents, the main characters remain rational throughout. Rather than leaving the viewer shouting at the television for one of the characters to call the police, they just do it.

When a chair moves in their presence, indisputably by the force of a ghostly spirit, rather than try and explain it away, the police officers calmly consult the priest.

There’s great acting from the whole cast, most notably Madison Wolfe as Janet Hodgson, the main victim of the demon. Wolfe treads a fine balance between being a vessel for a hellish being and a normal girl who can’t control how other people see her.

Although she’s given some cheesy lines – especially during more emotional scenes – Wolfe impressively manages to pull them off.

And what of the thrills and chills? Director James Wan has no difficulty executing well-placed jump scares, while also not shying away from letting the audience get a good gawp at the monsters.

Some horror films leave you feeling cheated because you haven’t had your fill of the supernatural, but The Conjuring 2 is not one of them.

Alongside the film's gut-wrenching moments is a decent soundtrack that will test the prowess of your system.

When the film’s climax hits, your speakers have to contend with exploding furniture and lightning striking trees that should come across as clearly as the haunting whispers do.

Being a horror film, you’ll naturally want a television or projector that can dig out the detail in the darkness. In the scene where Lorraine examines a painting of an infernal nun, the light flickering on and off, there’s a subtle, fleeting malevolence in its eyes.

And when the being eventually becomes manifest, you'll want to see if there really is something hiding in the shadows, or whether it’s just your mind playing tricks.

The novelty may have worn off somewhat since the first film, but The Conjuring 2 is still dramatic and thrilling enough to get your heart pumping.

Buy The Conjuring 2 on Blu-ray at Amazon