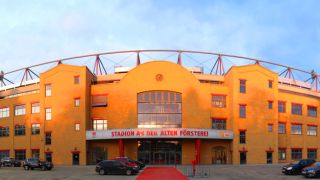 The game kicks off at 5pm (BST) on Sunday 17th May and will be aired by BT Sport in the UK and Fox Sports in the States but you don't need to be a subscriber to one of those services to get a piece of the live action from Berlin.

Bayern Munich are currently top of the Bundesliga but, with only four points over Borussia Dortmund and plenty of fixtures left, there's still everything to play for. Munich still have to face Dortmund at the Signal Iduna Park, so games against mid-table sides like Union must be won.

Perennial star striker Robert Lewandowski is fit and ready to go with the unexpected mid-season COVID break giving the Pole time to recover from injury. Philippe Coutinho, on the other hand, has not long since gone for surgery on his ankle and misses out. Still, the explosive Serge Gnabry should make exciting viewing.

Union have little to play for except a Bayern scalp. It would take something of a swing for the Berlin side to either reach the European places or fall so low as to get sucked into a relegation play-off. Ex-Dortmund stalwart, Neven Subotić will doubtless be looking to help out his former side. The other name Premier League fans might recognise is Kroos, Felix Kroos - younger brother of Real Madrid's Toni.

It could be headed for a very interesting finish in Germany in 2020, quite possibly topping last season when Bayern just managed to edge Dortmund to the title on the final day.

You can scroll down to find out how to access Union Berlin vs Bayern Munich live streams in the UK and USA, but if you're trying to access the match while stuck outside your country, this is still going to be a problem. Streams from abroad will be geo-blocked, meaning the service will know your location based on your IP address, and will automatically block your access – even if you’re a national of that country.

Rights to show Union Berlin vs Bayern Munich in the UK belong to BT Sport, whose long-term deal to broadcast all matches from UEFA club competitions means you'll also be able to catch last season's top seven as they take on the rest of Europe.

Those in the USA wishing to watch a Union Berlin vs Bayern Munich live stream will need access to Fox Sports, which will show as many six live games across its channels each match week.