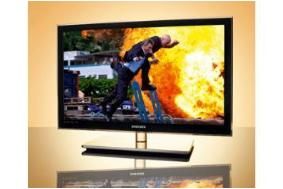 And we're becoming increasingly adept at multi-tasking with technology.

People in the UK spend an average of seven hours a day watching TV, surfing the net and using their mobile phones.

Ofcom's annual Communications Market Report found that on average we watch around 3.8 hours of television a day.

Most of us are awake for 15 hours and 45 minutes each day and within that time we spend seven hours and five minutes "engaging in media and communications activities".

"For the first time we have mapped the totality of communications use over one day," says Peter Philips of Ofcom.

Explosion in web surfing on mobiles
The number of people using their mobile phone to surf the web has almost tripled since 2008, up from 5.7m people then to 13.5m today.

Much of the increase has been driven by Facebook, which accounts for a staggering 45% of all mobile web use in the UK, followed by Google at 8%. The report says that social networking now accounts for nearly a quarter of all time spent online.

However, traditional media such as radio and TV still dominates people's habits. "TV still plays a central role in people's lives," says Ofcom. "We are watching more than at any time in the last five years."

Yet, despite the growth in online TV services and devices that time-shift programmes, most shows are watched via traditional live broadcasts.