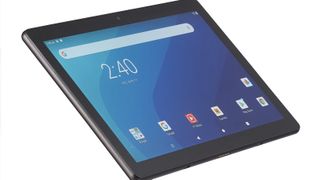 Ever knew Walmart made its own tablets? The US retail giant actually debuted its affordable Onn tablets in May of last year – and by affordable we mean $64 for an 8in model.

Taking clear aim at Amazon's new Fire HD 8 tablet line-up, Walmart has now quietly launched a fresh pair of tablets called the 'Onn Pro' series. The US retail giant made no formal announcement regarding the release, the new models were simply spotted by 9to5Google.

The new Onn Pro tablets start at $99 for the 8in model. The Onn 8in Tablet Pro has an HD LCD display, a 2.0GHz processor, 2GB of RAM and 32GB of storage with micro-SD card slot for expansion. Walmart claims a 10-hour battery life, too, which charges via USB-C. You also get 5MP front and back cameras.

The 10in model (pictured) sports the same HD 1080p resolution LCD display, processor, storage, cameras, and battery life as the smaller variant, but boasts a 3GB of RAM to make things a little snappier. And, of course, two more inches of screen real estate. It also comes with USB-C, but the port is situated along the right-hand side of the device (when held in landscape). This model costs $129, although at the time of writing it is already out of stock.

The tablets probably launched during the first week of May, and they've clearly been popular. We've yet to get one in our hands, but initial reviews from Walmart customers seem favourable. If you’re on the market for an affordable 8in or 10in tablet for 2020 in the US, they could be ones to consider.

Walmart Plus: everything you need to know about the Walmart+ membership program