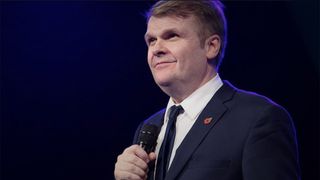 ’Tis the season to consider launching a streaming service? Amazon is reportedly set to announce a free, ad-supported streaming service soon, Led Zeppelin are supposedly getting in the game, and now Sony has said it won’t rule out its own music service in the future.

Speaking on the BBC Radio 4 Media Show, and as reported by the BBC, CEO of Sony Music Entertainment Rob Stringer acknowledged Spotify’s leadership in the streaming industry “in this particular chapter”, but said that Sony could at some point “do something that will give us more control over distribution”.

"We have hundreds of thousands of tracks going back 100 years, so we have quite a lot of leverage… Do we want to take all our stuff off a major streaming platform? No... because we have an arrangement that's working for both of us at the moment,” he told BBC presenter Amol Rajan.

"But the next chapter, which might be in five years, who knows?"

Sony obviously has an immense music catalogue, which was bolstered by its acquisition of Michael Jackson’s estate share of EMI Music Publishing for $287 million last year.

But while Stringer said competing with Spotify wasn’t a priority - or even a necessity right now - he did say that if streaming services began stepping on the toes of its business by signing and developing artists themselves, there would “probably” be a way of dealing with it.

"From our point of view, it's all about timing," he continued. "Maybe we will do something that will give us more control over distribution.”