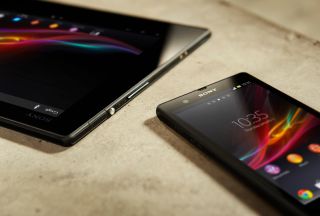 The corporation is now expecting to report a loss of ¥230bn (£1.3bn) for the 12 months ending 31st March, 2015. The reason, it says, is due to the "competitive environment of the mobile business".

In its previous forecast, Sony had predicted a ¥50bn (£285m) loss for the year, and the jump relates to an "impairment charge" of ¥180bn (£1bn) – the full amount of "goodwill" in its mobile division.

Despite a five-star performance from the Sony Xperia Z2 – a smartphone we described as "the one to beat" – it seems the corporation is still struggling to make headway in the smartphone market.

We're also expecting good things from the Xperia Z3 (above), but strong showings from rivals – HTC, LG and Samsung – has made for a fierce battleground. And that's before the Apple iPhone 6 hits the shelves...

In a statement confirming the new forecast, Sony said: "The new MRP (Mid-Range Plan) was modified to address the significant change in the market and competitive environment of the mobile business."

In May, we reported how Sony had revised its profit forecast to just over a tenth of its initial forecast for the 2013/14 fiscal year – an 88.7 per cent drop in operating income compared with the previous year.

The corporation's exit from the PC market and the end of the VAIO range were cited as reasons for its revision, in addition to the "demand for physical media contracting faster than anticipated in Europe".

And before that, we heard in February that Sony's TV division was to be split from the rest of the business and operated as a wholly-owned subsidiary from effect this summer, as it focuses on 4K TV.