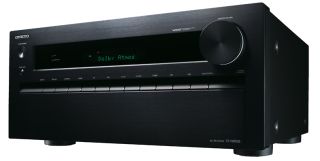 If you're someone with one of those three Onkyo receivers installed as part of your home cinema set-up, you'll be able to get the firmware update via either a network connection or through a USB download from today [29th September].

Dolby Atmos is the sound technology that expands on the traditional 5.1 and 7.1 surround configurations by placing speakers at all areas around a room, including overhead. It provides a fully enveloping sound field, with the aim of completely immersing the audience.

Onkyo Corporation General Manager Kevin Miyagi said: "We are excited to provide this free update to owners of our 2014 network receivers - beginning with the TX-NR636.

"Our Dolby Atmos enabled receivers allow Onkyo customers not only new content that will be released in Dolby Atmos, but will also provide an enhanced experience of their current Blu-ray libraries through Dolby Surround."

In addition to Onkyo, other AV manufacturers including Pioneer, Yamaha and Denon have also announced, or have already released, Dolby Atmos-enabled AV receivers as the technology looks to establish itself as one of the key home cinema trends of 2014/15.