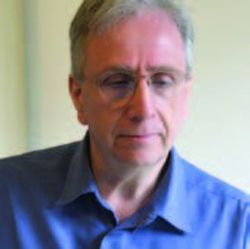 It is with great sadness that we report the death from cancer of Richard Hay, a well known figure in the hi-fi industry.

He started his career at Truvox, where he designed and built the first FM tuner in the UK that used integrated circuits and FETs.

From 1969 until 1972 Richard was chief engineer at Radford Audio, where he worked with Arthur Radford and Arthur Bailey.

In the early 1970s Nytech Audio was founded, with Richard as its managing director. The company produced legendary amplifiers such as the Nytech CTA252 and later the CA202 and CA252 models.

Around the same time he co-founded ALSO, the Active Loudspeaker Standards Organisation, with his friends and peers Julian Vereker of Naim, Ivor Tiefenbrun of Linn and Bob Stuart of Meridian.

Following his success with Nytech, Richard went on to found Ion Systems and it was here that his design ideas were further developed and honed into what became the Ion Obelisk range (above).

When Ion Systems ceased to exist, Richard gave Heed Audio in Hungary permission to continue manufacture of his Obelisk design under the Heed brand name.

Richard continued to work with the company as a design consultant and then in the e arly 2000s teamed up with his son Robert to begin distribution of the expanded Heed product range in the UK.

In what we hope is a fitting tribute to Richard's contribution to the hi-fi industry, the Heed Obelisk si amplifier (above) was What Hi-Fi? Sound and Vision's Best Buy stereo amplifier £1000-£1500 in this year's Awards.

Richard is survived by his wife Pat and three sons Robert, Duncan and Ian.