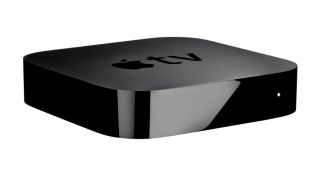 We had expected news of a new Apple TV box at Apple's Worldwide Developers Conference in June (see story below), but with Apple concentrating instead on the launch of its new music streaming service, that didn't happen. Now Buzzfeed is reporting that the new box will definitely be unveiled in September, alongside the new iPhones.

The big upgrade will be Siri voice control, as well as a slimmer chassis, Apple's new A8 chip, more onboard storage and a new operating system.

There will also be a new touchpad controller, which should make operation simpler, and a dedicated Apple TV App Store to provide more content.

However, the long-awaited subscription internet TV service Apple has been planning may not appear until 2016.

Rumours of an Apple television have been around for years but it now seems more likely (as it perhaps always did) that the company will concentrate on its existing Apple TV set-top box.

As we said when we revisited the existing Apple TV box earlier this year, not only is the hardware relatively long in the tooth, it's also looking rather limited compared to rival, more affordable devices, such as the Google Chromecast and Roku Streaming Stick.

While Apple's set-top box has previously been limited to music, movies and TV shows downloaded through iTunes, or mirroring your Mac or iOS screen using AirPlay, a new box could bring with it a new Apple streaming video service and a fully-functioning app store with access to much more content.

The box is likely to have the standard Apple performance tweaks, from a new processor to increased storage capacity, and could add Siri voice controls, an increasingly common feature on television sets.

Apple dropped the price of the existing Apple TV box to £59 at the Apple Watch launch, so expect a new, higher-spec box to come in at a higher price point.

Apple's WWDC is likely to take place in June, with Apple expected to reveal iOS 9 alongside new Mac software. An Apple TV box complete with a new TV streaming service now looks like a solid bet, too.