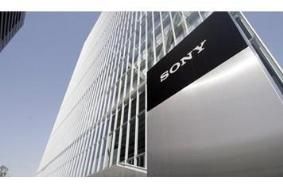 The strength of the Japanese yen against overseas currencies – and in particular the US dollar, where it's nearing a 15-year high – is expected to combine with the economic slowdown in the USA and Europe to have a major effect on sales.

In the States, TV demand has slowed down hugely, with percentage sales falls year-on-year into double digits in recent months. Last year US TV sales increased by 12%; this year that figure is expected to be just 4%.

That may well impact on the bullish sales increases planned by majors such as Panasonic and Sony: the former was planning global TV sales up 32% year-on-year, to 21m sets, while Sony was even more ambitious, aiming to increase sales 60% to 25m units.

Panasonic president Fumio Ohtsubo says his company's TV sales are 'ahead of schedule', but Masaru Kato, Sony's Chief Financial Officer, says that the end of year shopping period will prove a major factor in whether or not his company reaches its targets.

'Operating conditions for the second half will be tough, forcing us to be cautious,' he says, and the company has recently announced that, despite encouraging signs in the first two quarters, it's unlikely its TV operations will show a profit for the current financial year.

That's as a result of falling demand in the USA, and more intense price-competition, which even the arrival of higher-ticket 3D TVs is failing to address.

And the strengthening yen is proving a major headache. Both companies had planned on an exchange rate somewhere around 88-90 yen to the dollar in the second half of the financial year, but today the rate is Y80.37/$1. It's estimated that every one yen less against the dollar costs the companies around Y2bn, or around £15m, of operating profit.

Other factors expected to slow down TV sales include the running out of eco-points incentives on the Japanese domestic market, designed to encourage consumers to replace old products with more energy-efficient models (and stimulate sales along the way). These will start to wind down at the end of the year, and will finish in March.

It also remains to be seen what lasting effect the increase in VAT in the UK will have on demand for big-ticket items such as TVs. It will rise from 17.5% to 20% on January 4 and, while this will only increase prices by around 2%, it's hoped the impending rise will create a sales boom in the run-up to Christmas and the New Year sales. It's also feared sales may fall away immediately afterwards.

Already some manufacturers are attempting to woo consumers with pre-increase deals, such as Sony's VAT Back campaign.

Not surprisingly, the big electronics brands are also putting a lot of emphasis on those markets where demand is seen to be growing, such as the 'BRIC group' – Brazil, Russia, India and China.

These are areas in which the South Korean rivals, LG and Samsung, have built strong positions, but as part of Panasonic's streamlining, just announced by President Ohtsubo, audiovisual products will be designed locally in these emerging markets, rather than being the result of local market research followed by Japanese development.

At the same time, the company will unify its marketing worldwide, in an effort to take on Samsung, which Ohtsubo admits is 'way ahead' in terms of earnings: part of that plan will see Panasonic-owned Sanyo rebranded under the parent company's name, although it's not clear how that may play in some export markets, where Sanyo has a strong presence in the domestic appliances sector.

Among the Panasonic plans are the creating of single divisions – one covering all digital products, another for all heating, cooling and 'white goods' – and the selling of bundled packages of energy-efficient appliances.

As Ohtsubo puts it, 'We'll emerge victorious by creating a business model that only we can offer.'

And Sony's Kato says that his company is aiming to boost sales of electronics in these emerging markets by 30% in the current financial year, noting that TVs and PCs are already seeing double-digit sales increases in the BRIC countries.

In an interview with Japan's Nikkei business daily, he also said Sony is considering further investment in its LCD panel joint venture with Samsung, to take advantage of the economies of scale made possible by large 11th-generation glass.

Using 11th-generation sheets of glass measuring 3mx3.3m, it's possible to get eight 70in panels from each sheet.