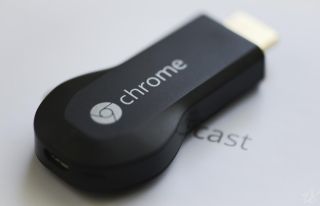 Ireland has become the 19th country where Google Chromecast is now available: joining the likes of Australia, South Korea, USA, plus a number of other European countries and – of course – the UK. It'll cost €35.

For those of you familiar with Chromecast, you'll know that it plugs into any TV that has a HDMI port and is controlled using a smartphone, tablet or laptop. Once installed, you'll be able to cast content to your TV.

With Chromecast, Irish residents can access a host of audio- and video-streaming services such as YouTube, Google Play Movies, Google Play Music and Netflix, as well as many other cast-ready apps.

And Google claims that Chromecast is unique in that it allows you to multi-task: you can email friends and family or update social networks from your mobile or desktop devices, while content is streamed to your TV.

Mario Queiroz, director of product management at Google, said: "It should be easy for people to watch the content they want wherever they are, and we're excited to bring the simplicity of Chromecast to international markets."