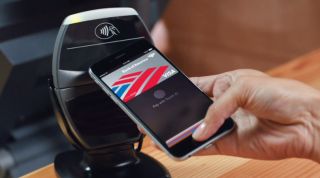 A spokesperson for the Cupertino tech giant has told Cult of Mac that the NFC chip under the covers of both the iPhone 6 and iPhone 6 Plus smartphones will be restricted, and is only for use with the Apple Pay feature.

According to Cult of Mac, Apple will not be releasing its NFC to developers, as they did with Touch ID on the iPhone 5S, and it seems the company's plans are unlikely to change in the near future either.

NFC can be used in other phones and tablets to enable one-touch pairing with AV products, such as wireless speakers, in order to then stream wireless audio over Bluetooth or WiFi. It seems we won't see this feature on the new iPhone (not officially, at least).

Apple Pay is Apple's new mobile payments service, which is launching in the US with partners such as Visa and McDonald's to allow wireless payments using an iPhone 6. There's no confirmation of a UK launch for the service as yet.

[via Cult of Mac]