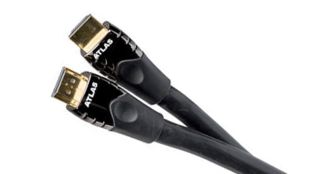 HDMI 2.1’s full specification has just been released - and it proves a forward-looking standard, able to cope with a range of higher picture resolutions and refresh rates that have yet to hit the market.

The big news is the capacity to carry up to 10K (yes, 10K) signals. (And here we were just getting used to 4K and the idea of 8K.) But perhaps more pertinent is the ability to deliver a 4k/120Hz image combined with dynamic HDR formats. The new standard has a hugely increased bandwidth of 48Gbps - more than doubling the ability of the previous (2.0) version, which allowed 18Gbps.

HDMI 2.1 is also better able to cope with the EMI (electromagnetic interference) generated by nearby wireless devices than the current standard. Considering the rise of wireless products, this can only be a good thing.

Other new features are aimed at improving motion (by introducing the option of variable refresh rates), reducing the amount of time it takes to go from blank screen to content being shown, and minimising latency in the system.

As with previous HDMI upgrades, 2.1 remains backward-compatible. Which is just as well, really.

FIFA confirms entire 2018 World Cup will be available in UHD