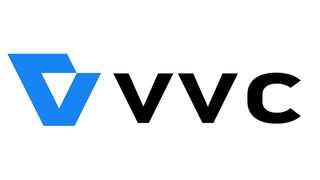 Poised as a successor to High Efficiency Video Coding (HEVC) - adopted by the likes of Samsung, Sony, and LG TVs, Netflix and Amazon Prime Video - the new 'H.266/Versatile Video Coding (VVC)' standard, to use its full name, is capable of reducing the data required to stream video by 'around 50 percent' - and apparently without sacrificing picture quality.

For example, while H.265/HEVC requires 10GBs of data to transmit a 90-minute 4K video, apparently only 5GBs of data are required with H.266/VVC to achieve the same quality. Well, Fraunhofer HHI actually uses the term "equal perceptual quality", meaning the human eye shouldn't be able to perceive any differences in quality.

This "quantum leap in coding efficiency", as Fraunhofer HHI describes it, is the result of three years' work by the German organisation and its industry partners Apple, Ericsson, Intel, Huawei, Microsoft, Qualcomm and Sony, and has been "developed with ultra-high-resolution video content in mind", including 4K, 8K, HDR and 360-degree video material.

Like the current H.265 HEVC standard, H.266/VVC will be subject to a license fee for manufacturers, so we'll have to see how widely it's adopted down the line. The companies behind the standard are working on chip designs for devices, such as phones, and Fraunhofer HHI is set to publish the first software (for both encoder and decoder) to support H.266/VVC this autumn.

8K TV: the good, the bad, and why it's coming sooner than you think