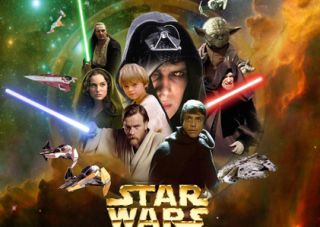 So, George Lucas is selling Lucasfilm, maker of the Star Wars films, to The Walt Disney Company for $4bn (£2.05bn) in cash and shares. And there's to be a new, seventh Star Wars film in 2015, with two more to follow after that.

Lucasfilm, which is 100 per cent owned by Lucas, will join Disney’s portfolio of brands including, ESPN, Pixar, Marvel and ABC.

George Lucas says that he is passing on Star Wars to a new generation of filmmakers. “For the past 35 years, one of my greatest pleasures has been to see Star Wars passed from one generation to the next,” he says.

“I’ve always believed that Star Wars could live beyond me, and I thought it was important to set up the transition during my lifetime.”

"This transaction combines a world-class portfolio of content including Star Wars, one of the greatest family entertainment franchises of all time, with Disney's unique and unparalleled creativity across multiple platforms, businesses, and markets to generate sustained growth and drive significant long-term value."