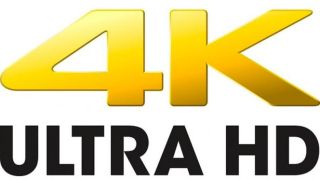 It was no surprise that 4K (which offers pictures with four times the resolution of regular high definition) was the big talking point among TV manufacturers at CES 2015, as it was at CES 2014. What is perhaps more surprising is that it took until now for the TV and film industry to come together to try and define a set of standards for 4K with the formation of the UHD (Ultra High Definition) Alliance.

This is a welcome move, as anyone who was tempted to buy a new 4K TV in the early days of the format will tell you: some early adopters were caught out when Netflix decided to use the H.265 codec for streaming its 4K video content, because your 4K TV needed to have the necessary HEVC decoder built in to handle the stream - and not all early 4K TVs did.

However, the Alliance's remit goes beyond just 4K: it intends to set "new standards for 4K and higher resolution video, wider colour range and immersive 3D audio". This is interesting, because what became apparent at CES this year is that there are several technologies in the offing designed to take 4K to the next level and beyond.

Chief among them was High Dynamic Range (HDR). Essentially dynamic range is the contrast between the darkest and brightest a TV's picture can be (contrast ratio), and the higher the better. The higher the dynamic range of the TV, the theory goes, the more realistic the picture will look.

Netflix announced at CES this year that it is looking to stream 4K HDR content, and has collaborated with LG and Sony who will produce HDR-compatible tellies. Note: if you want to take advantage of HDR content, you'll need HDR-compatible hardware. LG showed a prototype 65in 4K HDR OLED screen - now that will be interesting - and Sony has two HDR models in its range, the 75in X940Cand the 65in X930C.

Samsung says it will include HDR tech as part of the upgrades in its so-called SUHD TVs (such as the flagship JS9500 model shown above) which include other picture performance enhancements.

Panasonic also joined the fray, revealing at its press conference its first prototype 4K Blu-ray player, which it says will also be HDR compatible. As for its TVs, the CX850 series has what Panasonic calls "Dynamic Range Remaster" which we understand is its take on HDR, albeit it with a slightly different name.

As for HDR content, Dolby and Warner Bros have announced the first three HDR films are "coming soon": the Lego Movie, Edge of the Storm and Into the Storm. They'll be available to stream, rather than on a disc, as part of the Dolby Vision platform.

One of the companies pushing hardest for even better picture quality, and making the most of 4K's capabilities, is Dolby with its Dolby Vision imaging technology.

Dolby Vision is billed as an end-to-end solution that starts with the creation of content and carries on through to distribution and playback. It already has secured support from TV manufacturers, OTT service providers and more.

In its briefing document issued at CES, Dolby claimed the following attributes for Dolby Vision:

• Dolby Vision mastered content and technology in the TV enables each pixel to take advantage of HDR and wide colour gamut content, making every pixel better. It adds new perspective, brighter highights, wider contrast and shading and overall vibrancy to the screen.

• It will compliment all resolutions, including HD, 4K, 8K and beyond.

• Display mapping technologies in the TV take advantage of the TV's hardware capabilities so consumers get the best possible image.

Again, you'll need a Dolby Vision-compatible display to take advantage of this new tech. So far Philips, Hisense, Toshiba and TCL have said they will produce Dolby Vision TVs, with streaming services such as Netflix, Amazon and VUDU hoping to distribute Dolby Vision movies and TV shows once they are available.

Finally, we come to Quantum Dot. This is not a new technology - it's been around for a couple of years now - but it is said to be easier to manufacture (and hence more affordable) than some other TV technologies such as OLED.

So, how does quantum dot technology work? Well, it uses nano crystals ranging between two and 10 nanometres (one billionth of a metre) and each dot emits a different colour, depending on size.

Adding a film of quantum dots in front of a LCD backlight improves the reproduction rate of picture colour – 30 per cent better than conventional LCD/LED TVs – and overall brightness, according to LG.

LG has promised 4K TVs with Quantum Dot tech, which it says will offer higher colour accuracy as well as a 30 per cent increase in the colour gamut. Meanwhile, TCL has confirmed it will launch its 55in 4K Quantum Dot H9700 set, already available in China, in Europe soon.

So far we've talked a lot about high-res TVs and video streaming, but what about high-res video on disc? Well back in September last year the Blu-ray Disc Association (BDA) announced that 4K Blu-ray discs and hardware would be available by Christmas 2015.

And at CES 2015 Panasonic revealed a prototype of its first 4K Blu-ray player with HDR compatibility (see picture above).

Now the BDA has confirmed further details of the new 4K Blu-ray format: it will be called Ultra HD Blu-ray, and will be applied to discs that can handle resolution up to 3840 x 2160 and frame rates up to 60fps (frames-per-second).

Ultra HD Blu-ray will also have a wider colour range than standard Blu-rays, 10-bit colour depth and HDR (High Dynamic Range) will also be a key part of the spec. Disc sizes will range from 66GB (dual layer) up to 100GB (triple layer).

As for Ultra HD Blu-ray players, they will use the HEVC (H.265) codec adopted by the likes of Netflix for streaming 4K, and will also play standard Blu-ray and DVD discs.