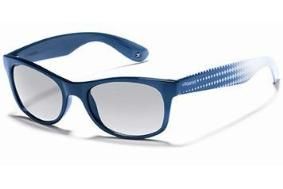 'The new generation of 3D televisions, many of which are set to be unveiled this week at CES, will use the circular 3D technology similar to 3D theatrical releases. This type of 3D technology is expected to become the standard for gaming systems and PCs.'

And with companies such as LG using the show to announce its emphasis on passive 3D displays, of the kind already being used for Sky Sports screenings in British pubs and clubs, the lighter, less expensive glasses Polaroid is promoting could be set to become big business.

The idea is that 3D enthusiasts could buy a pair of glasses for use in the cinema, for watching football in the pub and also at home with a passive 3D TV display: all these displays use circular polarised technology.

The Polaroid glasses use the company's Thermofusion technology, which embeds the circular polarising element in a curved lens. It says the glasses mean 'consumers can experience 3D within the home, without needing to be tethered to their displays or constantly changing batteries.'

The company is already selling the glasses online, with prices at around $30 in the States and £30 in the UK for adult sizes, or £25 for children's models.