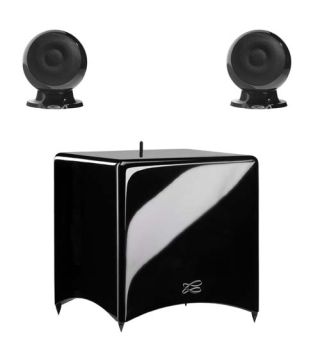 It’s a versatile streaming system using a modified version of the company’s Santorin 21 subwoofer, which now includes all the electronics necessary to stream the music and amplify the signal for the three speakers.

Set up is claimed to be simple: push button WPS security provides instant connection to a wireless DLNA network.

Apple users can stream to the system via Bluetooth, and there are RCA and a digital optical input, so the system could also be hooked up to a TV.

The Stream 3 can be controlled either by the compact remote control, or by a dedicated app available for iOS and Android devices.

We like the look of the Stream 3 – so much so that it has won one of our Stars of CES awards – and we’ll have it in our test rooms very soon.