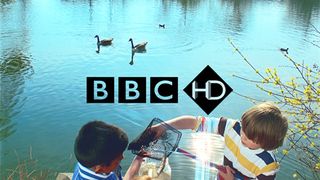 When the BBC decided to switch the BBC HD channel to become a simulcast of BBC Two in HD, fans of BBC3 and BBC4 bemoaned the loss of their favourite programmes in high definition. No more moody Scandinavian drama in HD.

Worry no more. The BBC is to launch five new high-definition channels by early next year: BBC3 HD, BBC4 HD, BBC News HD, CBeebies HD and CBBC HD. The Corporation is also working on plans for regional variations of BBC1 HD and BBC2 HD for Wales, Scotland and Northern Ireland.

The new channels will be available on digital TV services and will increase the Beeb's HD output by 250 hours.

BBC director general Tony Hall says: "BBC1 HD and BBC2 HD have already proved to be highly valued by our audiences and I'm delighted that we're able to follow this with the launch of five new subscription-free BBC HD channels by early 2014. These new channels will allow us to showcase more of our programming at its very best."

Following the completion of digital switchover in 2012, industry regulator Ofcom made space available for ten additional HD channels on digital TV services such as Freeview HD and YouView.