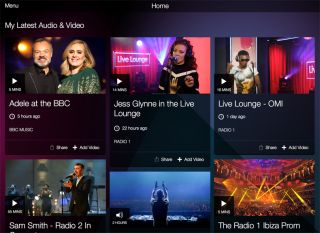 The BBC is doing its best to bring its wealth of TV and radio content to your mobile, with the free BBC Music app, set for release today on smartphones and tablets.

The app aims to bring together the best of the BBC's music shows, while also delivering playlists and allowing you to track down any song played on BBC radio - and listen to it on Spotify.

Curated playlists based on your favourite BBC shows and presenters will also be available, alongide plenty of audio and video recommendations.

The BBC Music app works with Spotify, Deezer and YouTube, enabling you to export your playlists to your streaming service of choice.

There's no mention of offline listening, so exporting to Spotify or Deezer will be your best way to get newly-discovered tracks from the radio downloaded to your phone.

The BBC says it is still working on plans for "a 30-day music discovery product with playable playlists", as outlined back in September.

The new BBC Music app will work alongside the existing music offerings in iPlayer and the dedicated BBC Music website, while BBC Playlister has had its "core functions integrated into BBC Music".

We had a first glimpse of the new app back in November 2015, when Bob Shennan, director of BBC Music, revealed the app would launch next year,

Shennan claimed then that it wouldn't be an all-you-can-stream service to take on the likes of Spotify, and it seems the new app works alongside the more fully-functioned services.

Speaking at BBC Music’s On the Beat conference, Shennan said Apple’s Beats 1 radio service was closer to what the BBC would aim to replicate with its own app.

"Beats has a point,” he said. “People want curation, and we’re in the position to offer that.

“We can’t offer millions of tracks like Spotify does, but we do have a huge catalogue of unique content, and we have the expertise. We can’t be the biggest music service, but we can be the most trusted.”

The BBC Music app is set to be available for phones and tablets on iOS and Android from today.