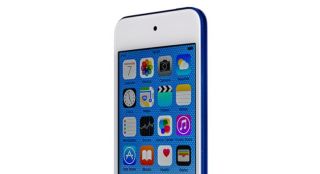 It's only natural for electronics to be discounted when they're succeeded by a newer model, and that's the case with the iPod Touch here.

Apple iPod Touch 128GB $229 at Walmart
"A tempting alternative to the iPhone for those that don’t need cellular coverage" as we said in our five-star review, the 2015 iPod Touch marries a gorgeous screen with speedy operation and a clear, direct and upbeat sound.

With a 4in screen, 128GB storage (the maximum available), a 40-hour battery life and an 8MP camera, the Touch remains a tempting alternative to the iPhone for those that don’t need cellular coverage.

The Touch doesn't support hi-res files, but if you're happy with a library or MP3s or CD-quality files, you should be more than satisfied with the clear, balanced and vocally rich performance, which demonstrates plenty of rhythmic attack and enthusiasm.

This could be one of the last chances to snag a bargain on this veteran player, so if you have the cash and second pocket for a portable music player, get this one in your basket while it's cheap.

A new Sony Walkman could be on the way with Bluetooth 5.0 and wi-fi