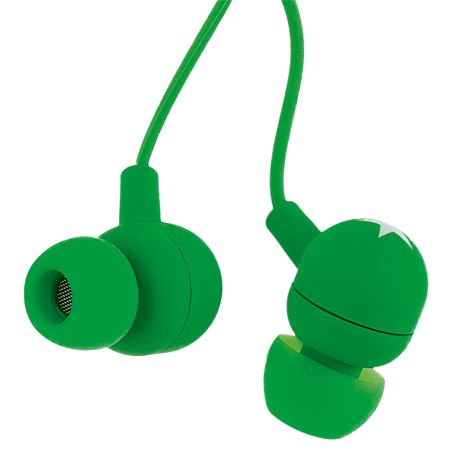 Punchy, controlled and balanced, these ear-borne fashion statements are a great proposition

Already boasting a huge cult following in Japan, these chunky green Mix-Style ’buds are another first for our testing rooms – and if it’s a style statement you’re after, it’s a straight slug-out between these (which come in 16 different finishes) and the Nixon The Wires (which come in an equally mind-boggling 15).

Straight in with a blast of Van Halen’s Amsterdam, we’re met with a fast, attacking midrange – snare drums crack like they ought to, and the bass is tight and speedy at civilised volume levels.

The higher frequencies can get a little splashy in extremis, but they Mix-Styles have to be pushed for this to become a real problem. Switch gears to Jarle Bernhoft’s C’mon Talk and they bounce along rhythmically, lending a rich quality to vocals and handling the fast, start-stop dynamics well.

Punch is abundant, remaining controlled where midrange takes over from bass, and that quality continues evenly up into the treble; nothing really sticks out as with many of the other rivals we've tested.

Negatives? That treble coarseness when provoked is a downer, of course, and they could be more detailed when it comes to solo vocals (Ani DiFranco’s Not A Pretty Girl lacked the tinge of gritted-teeth frustration uncovered by the best here), but other than that there isn’t a lot wrong with the Mix-Styles. Four stars it is.