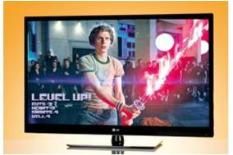 Can’t match rivals’ performance, but the price and spec give this LG real appeal

We can't quite get over the price of this LG 50PK590. We list real world prices as accurately as we can, but when there's a level of discrepancy, as there so often is with TVs, we take a median figure. This 50in plasma can in fact be had (at the time of writing) for as little as £650: madness, surely?

And perhaps slightly worrying. The old adage ‘if it looks too good to be true, it probably is' is as true in the AV industry as any other.

All of which leaves us wary of any such hard-to-fathom apparent bargains. So we proceed with caution.

Budget, and yet well specified
And yet this LG seems surprisingly well specified. Internet-enabled features are present – though it's a wired-only connection – with LG's NetCast service giving access, albeit limited, to streaming apps. And the set is DLNA-certified for streaming your own content across your home network.

You'll have to make do without the Bluetooth support offered by the more expensive LG 50PK990, but you'll still find two clever USB 2.0 inputs capable of playing DivX movies as well as audio and displaying images.

Four HDMI inputs, the prerequisite Full HD resolution and a Freeview HD tuner with the ability to output Dolby Digital 5.1 audio soundtracks via the digital optical output completes this rather well-endowed package.

So the spec table still seems pretty exhaustive. Surely, then, at just £800 it's an ugly old block of TV you wouldn't want in next door's front room let alone your own?

It's no ugly duckling
Well... no actually, it's not. Granted you won't find the regal and seamless one-panel Infinia design of the LG 50PK990, but this set still has what LG calls a ‘razor frame', which we'll call a slim, narrow design that's easy on the eye. What's more, the remote and interface combine for a most effortless control experience.

It's only with picture performance that we start to have to make some excuses for this budget TV. Freeview standard-definition images are a little noisier and softer round the edges than most, even if the HD channels hold up well.

That digital noise rears its head again when we turn to film. The DVD of Robin Hood shows an image that while perfectly watchable – not least with that extra money burning a hole in your pocket – looks a little crude compared to some.

Instability in blocks of colour, a roughness to edges and some lack of subtlety are these set's shortcomings.

Picture lacks subtlety
It's a similar story with Blu-ray. Lacking the finer picture nuances, this set does find itself bringing up the rear in terms of pure picture performance, though sonically it offers decent body and detail.

But it's close to half the price of the most expensive class-leaders, and in that context it gives a good account of itself.

If you're looking for a seriously affordable big-screen TV, you can fill your budget boots with this one.