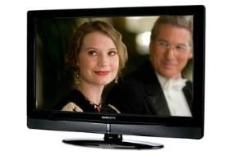 If you’ll only be watching off-air, it’s cheap and cheerful – but all-round performance isn’t up to scratch

When news of a new Hannspree TV appears, we brace ourselves for something out of the ordinary.

Four HDMI inputs, with component, Scart, S-Video and composite connections, should serve all but the most action-packed living room, and there's a digital Freeview tuner built-in.

This is an ultra-competitively priced set and, up against some of the more expensive sets around, its tuner holds its own.

It's a little soft and lacks the last word in detail, but motion is smooth and colours full-bodied.

It's similar with DVD, with Star Trek proving tricky at times, while brighter colours lack the vitality and sense of depth that other sets manage.

If you were largely concerned with watching this set's TV tuner, you could do a lot worse – it is after all very cheap. But even with the price in mind, video images and sound mean it struggles to be a viable all-rounder.