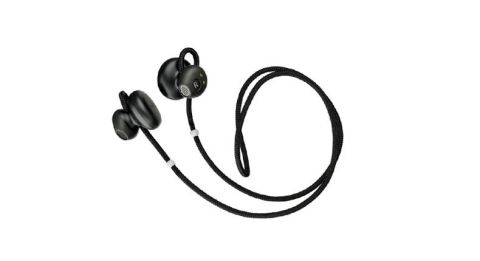 Google Pixel Buds- Clearly...
Crutchfield.com
$179
We check over 130 million products every day for the best prices
View All Deals
powered by

The Pixel Buds earbuds are Google’s take on the Apple AirPods, bringing wireless sound and a voice-activated smart assistant to your ears.

Of course, it’s Google Assistant rather than Siri, which brings with it headline-grabbing features such as ‘real-time translation’. Naturally, they play music too. So do they live up to the promise?

Unlike the AirPods, which are completely wireless and dangle from your ears like earrings, the Pixel Buds have a cable connecting the two buds. It's designed to go behind your neck.

Elsewhere, the Pixel Buds are rather minimalistic. A carry case doubles up as the charging unit and connects to power via a USB C connection.

The buds sit inside the case next to the charging sensors and the cable wraps around the inside edge of the box. Perfecting this is crucial when closing the lid and ensuring the buds are charging (you’re forewarned by a diagram attached to the inside of the box).

The case has a cluster of LED indicators and a small button. Press the button and the LEDs will tell you how much battery is remaining and give you an idea of whether your earphones are pairing or paired.

You get five hours of battery life from one full charge, which is a little under the average compared to similar earphones.

The minimal design would be fine if everything worked as it should. Like the Bluetooth pairing, for example.

Opening the box within earshot of a compatible phone should instantly send a prompt for them to pair, but it takes many attempts to get this working for us despite using different handsets - including Google’s own Pixel 2 XL.

Once connected, there’s the small matter of fitting them into your ears. The Pixel Buds have a retro design where earphones are concerned - reminiscent of the old freebie Apple earphones, the buds sit loosely within your ear rather than burrowing into your ear canal.

This means there are no silicone tips to contend with, but by the same token you lose the ability to adjust the fit to your ear normally afforded by the variety of tips. The only adjustment comes in the form of the neck cable that pulls up through the earphone and, in theory, hooks against the inside of your ear to keep them secure.

We’re not convinced though. The fit is rather hit-and-miss, and getting something approaching a snug fit takes a few attempts and usually involves accidentally pressing the touch button on one of the ears.

Ultimately, even the best possible fit can feel a bit loose. This might be preferable for some, but it isn’t ideal for either keeping them in your ears or getting the best sound.

Touch-sensitive controls on the right ear allow you to access Google Assistant, adjust the volume, skip tracks or turn the 'phones off. You can also receive and control voice calls using the touch controls.

Once Google Assistant is up and running, you can issue commands into the mic on the earbuds and your phone will respond accordingly – in theory, at least.

We certainly find it easy to activate when we don’t want it - but when we do, comprehension isn’t great, often taking a few attempts using our best ‘BBC English’ to get it working.

Some commands seem limited too. Asking for ‘Oasis on Spotify’ opens Spotify but only takes you as far as the Oasis artist page rather than actually playing a track.

This voice control and integration with Google Apps is a big part of the package here, with the much-lauded ‘real-time translation’ also available. And it’s largely effective: using the Google Translate app you can get live translation of foreign languages direct to your ears.

You need to speak clearly, and you tend to get fairly formal translations in return, but the technology works. That said, all this is simply happening through your phone and the existing Translate app – in many ways, the Pixel Buds are simply an extra step.

While the detachment from your phone lends itself to using the Pixel Buds for running, cycling or the gym, they certainly aren’t sports headphones. They’re not waterproof, and the fit means we can’t be confident of them staying in our ears. There are far better sports alternatives on the market.

Having the right fit is always crucial for headphones, but particularly so here.

We’re not convinced the hook helps much, and the design doesn’t make it easy to get the sort of seal that will isolate outside noise and maximise the audio performance.

One further and significant problem is that if you do manage to get a solid fit, the Pixel Buds’ audio performance is merely okay.

And as we listen more, that word ‘safe’ keeps coming to mind. The Pixel Buds’ so-so grasp of timing means music lacks life and rhythm.

Switch to similarly designed products, such as the Libratone Track+ or Sennheiser Momentum Free and you get a punchier, more focused sound. The Pixel Buds’ lack of bass depth and weight becomes apparent, with the level of detail in these rivals noticeably better.

There are further issues when we try adjusting the volume. The volume control on our Pixel 2 XL goes from mute to loud in the smallest of adjustments, then seems to offer nothing more.

Swiping the bud does work but seems out of sync with the phone’s display. Did we mention these Buds seem pretty fussy?

The wireless headphone market is full to bursting, and includes an increasing number of completely wire-free options.

The Pixel Buds stand out because they’re Google-powered and can draw on some neat features from the tech behemoth’s arsenal, including the smart assistant and language translation. But while these are worthy additions, you don’t strictly need the Pixel Buds to use them.

The headphones themselves are let down by a surprisingly fussy connection and charging process, as well as inflexible and ineffective fit. The so-so sound quality is the cherry on a rather unsatisfying cake.

This is the sort of product that you’d think Google would be able to get right, certainly in terms of form and function but, on this evidence, it still has plenty of work to do.