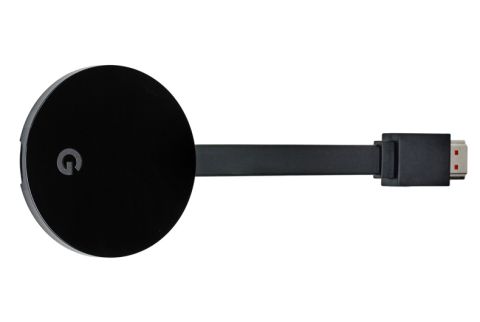 We’re struggling to see the point of the new Google Chromecast Ultra.

When the original Google Chromecast was released, it was hailed as the best way to add smart apps to your non-smart TV.

It was a simple and affordable way to upgrade your TV without having to splurge on a brand new set.

The 2015 update streamlined the design, increased the selection of apps, and gave us faster speeds, making it even better value at £30.

The Chromecast Ultra is everything the Chromecast (2015) is, with added support for 4K Ultra HD and HDR (High Dynamic Range). But its limiting 4K app selection doesn’t justify the higher £70 price tag.

The Ultra’s 4K HDR credentials sounds like the most logical next step, considering the booming popularity of 4K content and TVs that can handle the higher resolution.

Except that, when it comes to apps that deliver 4K content, the Ultra offers only Netflix and YouTube. There’s still no Amazon Video.

Considering Netflix and Amazon are the only content providers creating any meaningful supply of original 4K content (you’re restricted to super-sharp videos of fruit, landscapes and extreme sports on YouTube), the Ultra is rather limiting.

More to the point, most big-brand 4K TVs today – especially those with the latest HDR and HDCP2.2 specs needed for using the Ultra to stream 4K HDR content – will more thank likely already carry Netflix, YouTube and Amazon Video as part of their standard smart TV selection.

Amazon’s own range of streaming devices (Fire TV Stick and 4K TV Box) may not be as conveniently or full-featured as the Chromecast Ultra, but they offer Amazon Video alongside Netflix.

So how does the Chromecast Ultra add to the 4K viewing experience, if it’s missing one of the two most crucial apps for streaming 4K content? The Ultra makes a case for itself if you shoot a lot of videos in 4K using your smartphone, and want to watch them easily on your big screen telly.

If you’re in the US, you can also take advantage of Google Play Movies, which is rolling out 4K Ultra HD films that you can buy and rent.

It can get quite pricey, though, with digital downloads of UHD films costing roughly the same as 4K Blu-ray discs, at around £20. Google Play Movies will, probably, be launched in the UK in 2017.

MORE: Google adds 4K films to its Play Store - but only in North America for now

If you’re not fussed about 4K HDR, there are plenty of apps through which you can still watch a lot of content (in Full HD).

From the full selection of UK’s catch up TV services – BBC iPlayer, All 4, ITV Hub and My 5 – to subscriptions services such as Now TV, wuaki.tv and BT Sport, there’s plenty to keep you occupied.

You can also easily stream music using Spotify, BBC Radio and Deezer, and there’s even a host of apps that support gaming (Angry Birds is the most high-profile one available).

It’s worth pointing out that you get pretty all of the main apps on the standard Chromecast, which costs less than half the Ultra at £30.

Our issues with the Ultra’s app selection aside, what Chromecast does best remains its killer feature: casting content seamlessly from your smartphone to TV.

The Chromecast Ultra is dead easy to use. Simply look out for the Cast icon in an app, tap it, press play, and you’ll be streaming to your TV in mere seconds.

There’s no extra log in needed either, as you’ll be streaming from existing apps on your smartphone. Just make sure all your devices are connected to the same network.

Since you’ll be controlling playback and volume from your smartphone anyway, there’s no need for a remote.

Launch and response times are speedy, with only a few seconds needed before a 4K stream gets under way – but it’s not any longer than Netflix normally needs.

It’s worth downloading the Google Home app, as it gives you a base for all Chromecast features. The app is handy for a couple of reasons: it helps with set up, collates your smartphone’s GoogleCast-compatible apps in one place, and recommends other apps that support casting, too.

There’s no home page when you plug in the Chromecast, which simplifies the experience even more. Some might even find it a nice alternative to your TV’s smart interface.

While Apple owners are restricted to streaming from apps that support GoogleCast, Android users have the advantage of mirroring nearly anything on their phones – a web browser, a game of Angry Birds, or your holiday snaps – to enjoy them on a bigger TV screen.

Google has stuck with the puck-shaped design for the Chromecast, with a short HDMI cable sticking out of it. The end of the HDMI and the back of the disc are magnetic, so they can be neatly attached together with minimal dangling.

Only a couple of cosmetic changes – the Chrome logo has been replaced by the ubiquitous ‘G’ in keeping with Google’s house style, and you can get the Ultra only in a black gloss finish – distinguish the Ultra from its budget sibling.

Unlike the standard Chromecast that ran on USB power, the Ultra needs to be connected to the mains at all times.

There’s also an ethernet port built into the mains adapter, which we’d recommend using instead of wi-fi if you want the fastest and most reliable 4K stream.

All of that sounds sensible, but it does make it somewhat less convenient than the standard one, as you have to be within reach of an empty mains socket and your router, and it adds more dangling cables to your TV.

When it comes to performance, we have very few complaints with the Chromecast Ultra.

The Chromecast Ultra has dual band 2.4GHz/5GHz wi-fi built in, but using the ethernet port gives you rock-solid stability over your network.

Stream Jessica Jones via Netflix, and the 4K picture is crisp and smooth. There’s only a tiny hint of noise and lip-syncing discrepancy coming across.

Lip sync could be an issue if your TV or audio system doesn’t have a way to adjust it.

Whether you’re watching a 1080p or 4K stream, the Ultra will automatically upscale everything to 4K.

Old episodes of Firefly pop from the screen, with rich colours, clean outlines and a bit more depth than you’d get with standard definition.

While 4K streaming doesn’t quite reach the same impressive heights as a physical 4K disc, the picture quality holds up. It’s the same level of performance we’d expect when streaming straight from a TV’s app.

The Google Chromecast Ultra is a puzzling product. At £70, it’s double the price of the standard Chromecast, but its 4K features don’t quite add up to double the experience.

When today’s latest 4K TV sets already provide you with the two most popular 4K streaming apps, it’s hard to make a case for the Ultra and its lack of Amazon Video.

Its casting abilities, convenience and ease of use are still top notch – but it’s nothing that you can’t already get from the £30 Chromecast.

Those who want to stream their own 4K footage from smart devices will find a use for the Chromecast Ultra.

But if you’re only after the excellent GoogleCast feature, we’d stick with the standard Chromecast.