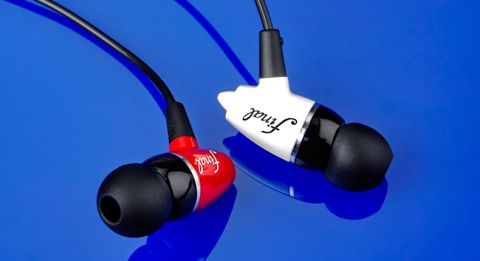 Despite the work that has gone into their BAM mechanism, the Adagio III feel a little austere and lifeless

There is a reason the Adagio IIIs look like a pair of tiny zeppelins have flown into your ears.

They’re not entirely wrong. The drum kit and bass guitar in Fugazi’s Turnover are well-anchored and precise, the crunching guitar has its earthy grit and you can hear the space in the room – it sounds like a live recording.

Yet the overall feel is lifeless. There’s something missing here; the false start doesn’t leave you anticipating the burst that’s follows, and the subsequent call and answer between guitar and vocal sounds more nagging Mum than seething political indictment.

Changing direction with Faithless’s Miss U Less, See U More produces similar results. The keys driving the song have warmth and reasonable depth, but lack the bounce and sparkle.

It feels a smidgen lazy. A rounding off in the treble also cages the vocal; even with a voice as deep as Maxi Jazz’s, there’s a lack of headroom.

The overall feeling you get from the Adagio III is rather cold. Even from the less-than-generous three options of bud contained in the box, there is little to suggest these earphones are here to entertain.

They are probably only a couple of tweaks away from an enjoyable listen, but, until then, you’ll likely have more fun with rivals such as the Klipsch Reference R6is and SoundMagic E10Ss.