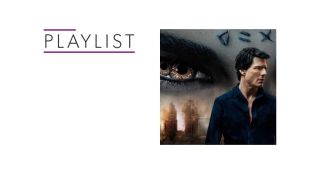 The 2017 version of The Mummy was meant to kick-start Universal's Dark Universe, putting its stable of movie monsters (Dracula, Bride of Frankenstein, etc) front and centre.

But the film suffered a critical drubbing and a less than enthusiastic response at the US box office. So is it as bad as you've been led to believe?

MORE: Watch trailers for the biggest new films coming out in 2017 and 2018

When the plane transporting her coffin crashes in England, she intends to bring Set, the god of chaos, into the world through Cruise's Morton. So begins a cat-and-mouse chase as she seeks to capture Morton, while he looks for a way to end the curse inflicted upon him.

After watching The Mummy, the critical drubbing it was given seems harsh. It's certainly no classic, but it's not a disaster either, with director Alex Kurtzman generating enough moments to make for a watchable, if somewhat shallow, film.

Cruise delivers an enjoyable performance. His Nick is a cowardly, quite often bemused, character who tries to solve his problems by running away. He looks like he's having fun and that transmits over to the film.

But apart from Cruise, the film can be ropey, and its logic doesn't bear up to scrutiny. For instance, why does Ahmanet need Set when she already has the power to create a sandstorm that lays waste to London?

Some of the attempts at humour fall a little flat, such as Russell Crowe's Dr Henry Jekyll. The introduction of The Prodigium, an organisation that Jekyll leads (effectively the Dark Universe's version of Marvel's S.H.I.E.L.D) into the plot halts the film's momentum.

Boutella's performance as Ahmanet is up there with Cruise's as a highlight. As the first female Mummy, she brings an interesting presence and physicality to the role. However, we were left feeling short-changed in terms of her screen time, as we are with a few other characters.

The 2017 Mummy has its moments, including a fantastically executed plane crash, but the second half of the film is tepid in parts, making for only a fitfully entertaining film.

The Mummy was shot (mostly) on film and arrives on Blu-ray with a fine looking picture. The detail is good, and you can easily spot the woven fabric of the robes Nick and Chris are wearing at the film's outset. Ahmanet's slow transformation from a desiccated husk to her final form is good at revealing the details of her many sickly looking scars.

Colours can be quite bold and the yellow sands and bright blue sky in the desert sequences make for a colourful and attractive image. However, the film is dominated by browns, dark greens and yellows with teals and oranges thrown in.

It's not always the most visually arresting film, especially when characters are in caves, underwater or underground sets. Black performance is solidly done and complexions can err towards the warm side. There's also plenty of film grain, which becomes apparent in darker, low light scenes.

On the audio front, The Mummy defaults to a dynamic Dolby TrueHD 7.1 track (it comes with an Atmos track too). Transitions from quiet to loud scenes are capably handled, building a sense of tension and atmosphere through the surrounds. There's a fair amount of whispering during the film, and it's eerie to hear the voices clearly when you least expect them.

It's a finely balanced track, and accurate too, with gunshots and hits emanating from the places you expect. Brian Tyler's score is pleasingly old-fashioned and works well in the front surrounds.

It's happy to go loud, whether it's the airstrike near the beginning, or the rush of air building as Ahmanet covers London in sand. Dialogue is centred and is perfectly audible throughout.

The Mummy isn't as bad you might expect, but it is a flawed introduction for Universal's Dark Universe series. Compared to Stephen Sommer's version of The Mummy, it's a little lacking in the charm and fun stakes.

The Blu-ray disc comes with a fine picture and capable soundtrack, and though The Mummy has its moments, it ultimately doesn't deliver in all aspects.

Overall, it's a solid adventure film, but it won't blow anyone's socks off.