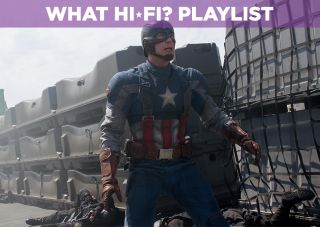 This is the ninth film in Marvel’s series of interconnected superhero flicks, and there’s no sign of slowing down. Indeed, this is possibly the studio’s strongest outing yet – it’s certainly the best we’ve seen of Captain America.

It’s all about the timing. Captain America was dull in the 1940s – an all-round do-gooder, an unabashed symbol of wartime propaganda. But put him on ice until the 21st century and he becomes a badass outcast.

That’s when things get interesting. With his friends long dead and his values outdated, the all-American poster-boy struggles for relevance. That’s something Marvel has only briefly touched upon so far, usually in the form of a tech-based gag.

The Winter Soldier is unusually sensible for a Marvel flick. Gone are the bright colours of The Avengers. The vibe is primarily that of a 1970s political conspiracy thriller, complete with All the President's Men star Robert Redford in a key role. The decision to dig at shadowy government practices is a bold move, and allows the film to strike a more serious, realistic tone.

Not Christopher Nolan’s kind of serious and 'realistic', of course. Marvel has steered clear of the kind of tedious mopery that threatened to drown The Dark Knight Rises. Despite its more mature ambitions, The Winter Soldier never forgets its roots in a comic book about a man with a killer frisbee.

Heavier moments are nicely balanced with nicely timed, well-scripted humour. Outlandish elements are celebrated, not excused or glossed over. There’s something hilariously ironic about a man who hits people with a shield – and he does that a lot.

The action is very skilfully handled. Set pieces tend to be short and savage, never labouring the point. You won’t get Michael Bay’s extended car-flipping sessions. Violence is up close and direct like a wrench to the face.

It’s coherent and enjoyable to watch if you do it in 2D – 3D messes with the clarity of more anarchic scenes. Fireworks are rare but loud, and quite astonishing on more dynamic systems.

Most importantly, there's room for characters to develop. The Cap's continuous struggle to understand modern society is an endless source of entertainment. Scarlett Johansson's Black Widow is finally allowed to do more than hit people, and Anthony Mackie's amiable Falcon (think backpack with Buzz Lightyear wings) is a welcome addition.

There will come a point when these superhero films reach critical mass, when all of these characters and overlapping storylines become too much for Marvel to handle. But for now we’re in safe, capable hands.

The Winter Soldier one of the most refreshingly competent action films we’ve seen in a long time.

Buy Captain America: The Winter Soldier on Blu-ray at Amazon