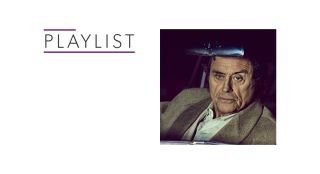 Since Neil Gaiman’s American Gods was published in 2001, people have wanted to adapt it to the silver screen - or, failing that, the smaller screen of a TV series.

Easier said than done. The challenges of adapting American Gods are threefold, according to Gaiman. One: nobody had the money. Two: nobody had the technology. And (possibly the most important), three: the content of American Gods is so sexual, violent and provocative that no sensible studio would want to depict it.

Understandable, I suppose. When you’re dealing with gods, eventually you’ll have to deal with sins. Virtues too, but sins are more fun and make better television.

But now, times and technology have changed - a fact American Gods is well aware of, and turns into one of the central tenants of its narrative. Amazon Prime Video picked up the screenplay (adapting a handful of chapters from the book), and the series became the most downloaded show on the service in the UK. A second season is already confirmed, so just what does this adaption have to offer home cinema fans?

The series focuses on Shadow Moon (Ricky Whittle), a man with an unfortunate name and even more unfortunate luck. Having just got out of prison to discover his wife Laura (Emily Browning) died in a car crash, Shadow is employed by the mysterious Mr. Wednesday (Ian McShane) as a bodyguard.

The two of them then travel across America, gathering mythological figures in preparation for a battle that will beggar belief - belief being the watchword here. On one side of the war are the Old Gods: Wednesday, Ēostre (otherwise known as Easter), Mad Sweeney (a leprechaun and medieval Irish king) and a menagerie of ancient figures.

On the surface it’s not the most sophisticated of ideas, and those familiar with Gaiman’s work won’t be surprised that the ‘power of story’ is the most powerful force in this universe. But every thread woven by this show is compelling. Whether that’s a sex god’s move into a Tinder-esque world, or how religions translate across oceans and cultures, there’s a lot to keep you interested.

And for those that want to analyse further, Media’s declaration that the New Gods are “the platform and the delivery mechanism” that perpetuates their own existence has a strong enough link to Marshall McLuhan’s theories to keep intellectuals talking. Apt that a show about gods should be good at world-building.

Each character is captivating and nuanced, and performances across the board are all above average. Gillian Anderson, who plays Media, stands out - impersonating Marilyn Monroe and David Bowie while exuding power - but it never feels anyone here is reining it in.

If there’s one thing to fault, it’s the pace. There’s a lot to get through in this show - not the sort that you can watch in the background - and Wednesday’s recruitment drive doesn’t come with the explosive conflicts you might expect. It mostly takes pleasure in the spectacle, and the cinematography is very well done, but the eight episodes of this season are essentially one large teaser for what’s to come. Fingers crossed that the payoff is worth the wait.

Picking up the Blu-ray discs of American Gods comes, inherently, with a slight sense of disappointment. Currently, the show is only available on SDR Blu-ray - and although you can stream it in 4K via Amazon Prime Video, the series feels like it was made for HDR. Until that happens, it’s a silver medal from us.

The show itself was filmed using Blackmagic URSA Mini 4.6K cameras, some RED cameras and Sony's Alpha a7, so there's no denying it looks superb. And when it lights up our Samsung UE65KS9500 (playing through the Oppo UDP-203 Ultra HD Blu-ray player), there’s almost a scene for every testing criteria.

Whether it’s the gorgeous, rich reds of Shadow Moon’s dark, hallucinatory experience as he climbs a pile of skulls and comes face to face with a flaming-eyed bull, or the radiance of Easter’s celebration in a colourful garden full of sheep, rabbits, pastel dresses and a range of Jesuses (Jesi?), there’s a lot of pop and pizzazz to the show’s colour palette.

Apart from one brawl between Mad Sweeney and Shadow Moon in the first episode, and a couple of super-powered punches thrown in later episodes, you won’t see too much to test big movements by. But Mr. World’s pulsating, juddering face in the fifth episode (Lemon Scented You) or the dancing, faceless, pseudo-holographic minions of Technical Boy in the final episode (Come to Jesus) should put any projector or television to the test.

When it comes to detail, there are close-up shots of Wednesday pontificating on the nature of gods - the picture should draw you in to the agéd bags under his eyes and the little flecks of grey in his hair.

Your Ultra HD set may have a harder job rendering the textures of his suit when fed the Blu-ray disc - if your Internet connection is powerful and consistent enough we’d recommend going straight to the source for the 4K stream. But there's enough here to ensure Full HD televisions have their fill.

Music is important to the mythology of the show. As such it’s fitting the soundtrack is very good (and delivered in DTS-HD Master Audio 5.1 format).

Composer Brian Reitzell’s use of folk music during the road-trip scenes is well placed, and the collaborative rendition of I Put a Spell on You with Mark Lanegan is laced with dark horns and deep drumbeats - but also mischievous brass melodies to test out the tautness of your bass drivers and the organisational ability of your set-up.

There’s a full range of music, because gods come in all shapes and sizes. Once again, we look to Media for inspiration - when she appears as Lucille Ball in one of the early episodes, the sound of an old PPG 2.2 synthesizer and a tinkling keyboard is her companion. Later, when she’s Bowie, a 70’s German era, Eno/Bowie-esque track is laid underneath.

Every word comes through clearly, and even small sounds like the meow of a cat or the buzz of a fly around a corpse has attention paid to it. Even when the fly drops, in slow motion, the larger boom of it hitting the a kitchen counter has a distinct dynamic difference.

American Gods doesn’t place quite the same emphasis on its soundtrack as something like Baby Driver or Guardians of the Galaxy does - but this is a much slower burn, and more subtle in its craft.

There are a few types of people that this show is made for. People who watch Terry Pratchett's Hogfather at Christmas, or binge on Dirk Gently's Holistic Detective Agency on Netflix. It’s also for people with an Amazon Prime Video subscription who are looking to get the most out of it. And for people with a Full HD television, it makes for a good test disc too.

It’s a show screaming for an 4K HDR edition - one that can really dig deep into the blacks of the afterlife and make the bright colours of Spring truly shine. But until then, you’ll be more than content with American Gods and its impressive sense of the spectacular.